“The guards stripped Ms. Han Shuhua of all her clothes, hung her from the ceiling, and then poured boiling-hot water all over her body. Her heart-wrenching screams could make anyone cry, but they still weren't done – after that, four inmates threw her on the floor and dragged her back and forth until all her blisters tore open.”– An eyewitness

Han Shuhua's story is not an isolated incident – as a Falun Gong practitioner illegally imprisoned by the Chinese Communist Party (CCP), any and all forms of torture can be used on her in order to force her to renounce her beliefs.

This article focuses on just one weapon in the CCP's vast arsenal of torture: hot liquids. In this situation mundane items like water and porridge can become as deadly as any weapon.

Police officers Wang Shoumin and Min Changchun were pursuing Mr. Wang Xinchun while he was distributing Falun Gong-related materials on January 8, 2002, but he managed to safely flee from them the first time. He wasn't so lucky the second time: they ended up catching him after he fell into an icy river.

This officer then sarcastically said to Mr. Wang, “Look at how nicely I'm treating you.”

After this cruel treatment, Mr. Wang's feet and his lower legs became swollen and grew blisters. To add insult to injury, the officer finished by grabbing Mr. Wang by the collar and slapping him in the face.

Although Mr. Wang was released later that evening, his feet festered and eventually rotted away. At 29 years of age, he is now without both feet. 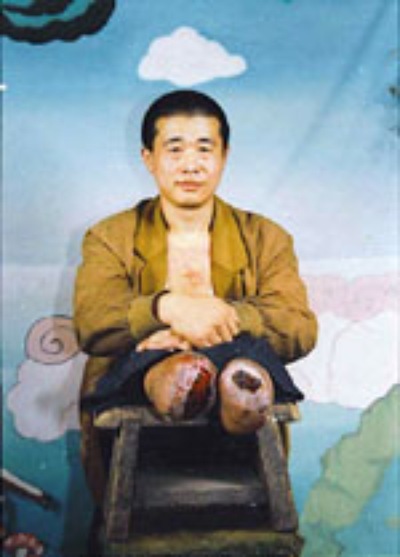 In the winter of 2000, Mr. Yang Baochun was forced to stand barefoot in the snow outside the Handan Forced Labor Camp because he refused to give up Falun Gong. After he was taken back inside, a guard used very hot water to scald his iced-over feet, causing them to blister. An infection also started in his right foot.

The infection eventually spread to a point where Mr. Yang's life was in danger. The guards finally took him to the Handan Textile Bureau Hospital, where the doctors had to amputate his right leg. 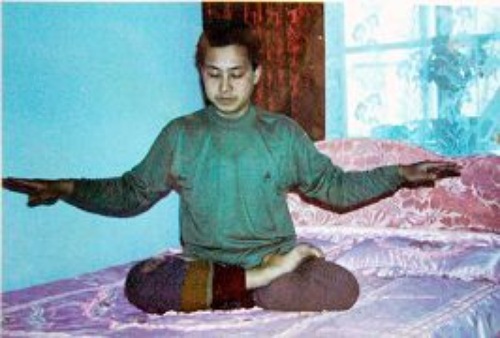 Mr. Yang Baochun doing the sitting meditation before he was persecuted

Practitioner Wang Hongrong from Hefei in Anhui Province was arrested on September 24, 2004, and sentenced to eight years in Suzhou Prison. As a result of constant torture, he lost all feeling in his lower body in April 2007.

In response to this, the guards only intensified the persecution. They ordered inmates to pin his feet in a basin and poured very hot water over them, which caused his feet to form a hematoma and blisters. Later his feet began to fester. 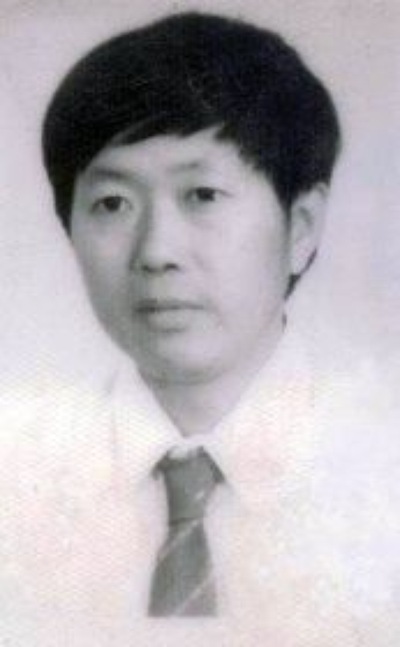 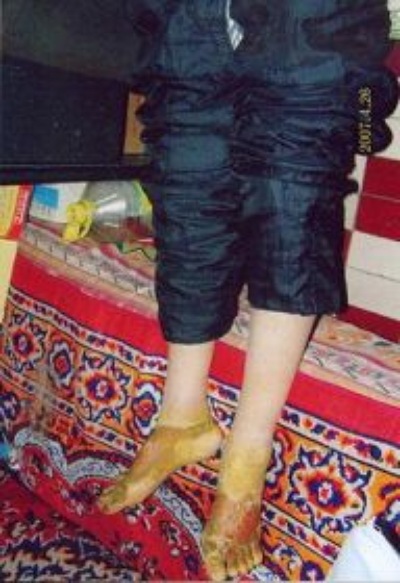 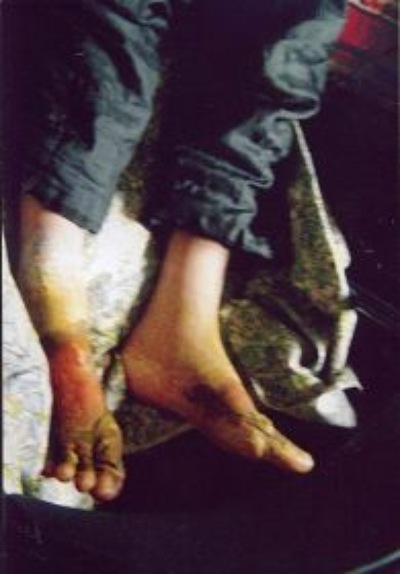 Mr. Wang was released in April 2007 when he was on the verge of death. At that point, he was skin and bones and could not control his bowel movements. He passed away on June 22, 2007, at the age of 59.

Ge Chuanyi, an official from Lechang County in Weifang City, poured a whole kettle of boiling water down practitioner Wang Fusheng's back, causing a string of blisters to form from the top of his shoulders to his lower back.

The following morning, Officer Zhao Mingtao struck those blisters with a wooden board. Blood and pus oozed out, causing tremendous pain, inflammation and eventually scars. 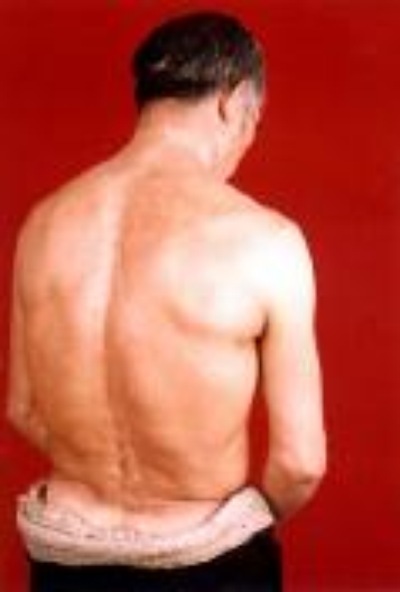 Scars on Mr. Wang Fusheng's back

Mr. Hu Enkui, a physics teacher at the Yicheng Secondary School in Anhui, has been a regular in his local prison because of his continued faith in Falun Gong.

One day, the guards pinned his feet down in a basin, emptied a water bottle filled with boiling water into it, and held his feet there for a prolonged period of time.

As a result, Mr. Hu's feet were severely burned, and he also contracted periostitis in his feet. They have become deformed, and he is now disabled. 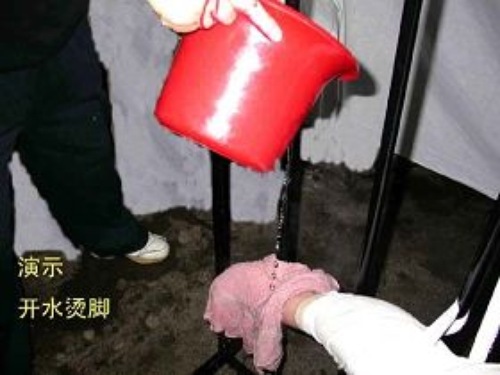 Mr. Zhang Shunjie from Wei County in Hebei Province was arrested on February 25, 2002. The head of Xiheying Town burned Mr. Zhang's face with cigarettes, and then proceeded to pour boiling water over his head.

Mr. Zhang's hair immediately came out in chunks. He died in 2007 as a result of the persecution.

“I was deprived of water and sleep, and was only allowed to urinate once a day and excrete once a week. I was extremely sleepy and often slept through the beatings the other inmates would give me. They lit nylon strips and let the melted liquid drip onto my hands and forearms, resulting in blisters. I still have scars to this day.”---- A victim

Guard Yang from the Dazu County Detention Center in Chongqing poured hot oil over a practitioner's bare back.

Guards from the Gaoyang Forced Labor Camp loosened a practitioner's collar and then poured boiling porridge on his body. 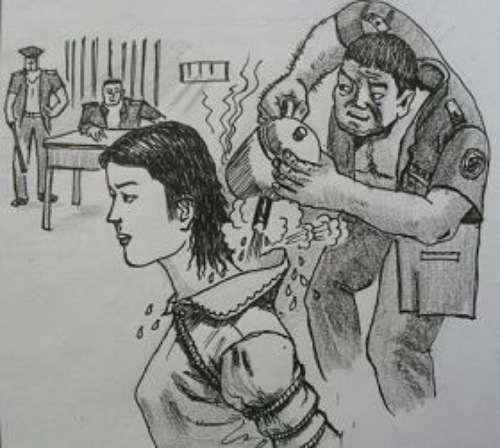 “I'm Here to Be a Dafa Practitioner”

“Woman Arrested for Taking Care of a Practitioner's Mother”