(Minghui.org)  Shen Yun Performing Arts has returned to Lincoln Center with ten shows from January 10-19. The theater has been filled with business leaders, artists, and other professionals. They were amazed by the perfection and profound cultural meaning presented by Shen Yun.

New York has had record-shattering low temperatures this winter, after days of snow and icy coldness. The warmth of Shen Yun has helped to melt the ice. Applause and laughter were heard frequently during the shows. Theatergoers left the theater full of joy and happiness. 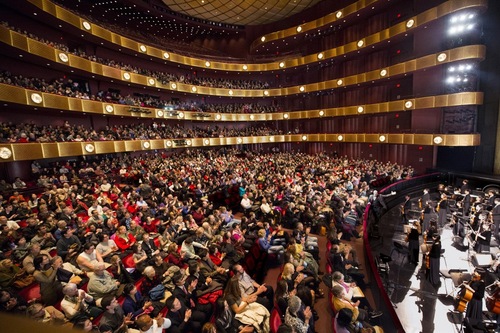 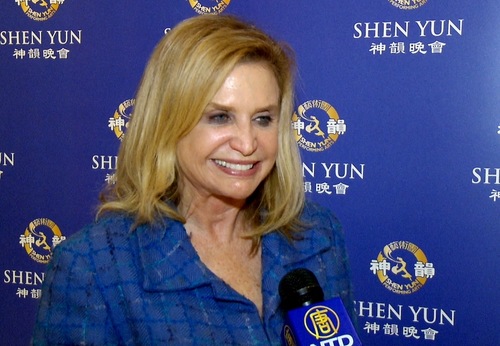 Congresswoman Carolyn B. Maloney watched the performance at Lincoln Center's David H. Koch Theater on January 11. She praised Shen Yun as being “...filled with energy and color, and perfection.” She thought the show was uplifting and inspirational. “The lighting and choreography are unique and beautiful,” she added.

Regarding Shen Yun's approach to highlighting Chinese culture through art, she said, “Everyone loves dance, expression, and paintings. It's a form of communication, a form of friendship. It will help spread culture and understanding.”

“It's my first time, but it will not be my last time. I will be coming back next year,” she said. 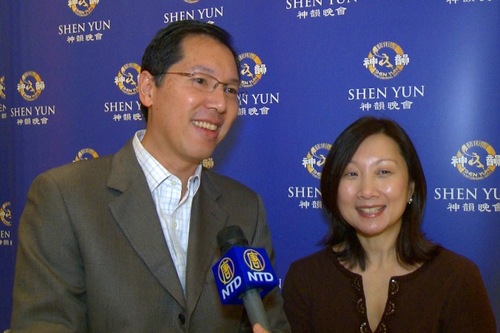 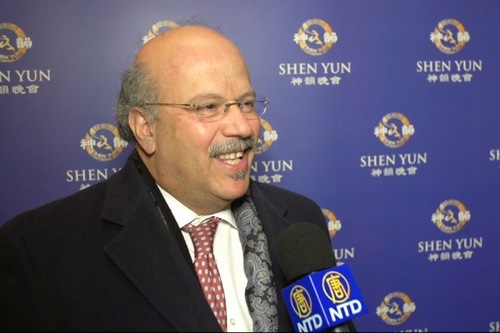 Thomas White, a Wall Street banker, attended a show with his teenaged son on January 11. He described the Shen Yun performance as “absolutely spectacular.”

He said, “It’s a wonderful fusion of East and West, but what is really so extraordinary is how visually compelling it is … the synchronicity of the dance movements is just so wonderful to watch. The colors and the movements, and the athleticism of the dancers is wonderful.”

Mr. White enthusiastically encouraged others to see the beautiful performance, “Come see it, please! Come see it before it leaves. I think it’s a wonderful, wonderful opportunity to understand the richness of Chinese culture.” 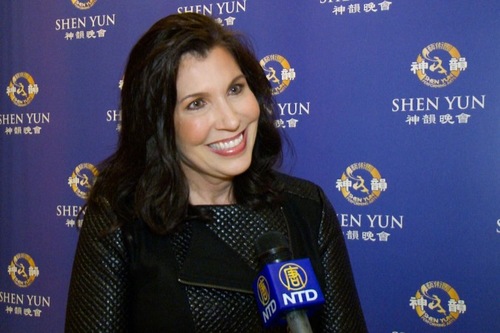 The wonder of Shen Yun even drew South Dakotans to attend the performance at Lincoln Center. One of them was Anita Kealey, a fashion designer. She called the show "wonderful and fantastic." She came for her birthday and thought watching Shen Yun was “a wonderful way to experience and to have a wonderful memory of New York.”

She thought the colors and the costumes were beautiful and inspirational. “The color and textures and the chiffons, the beauty of everything is inspirational,” she said. “It’s good timing because I’m here for color inspiration and forecasting. It’s a good way to be inspired in working on my next collection.

“They’re very on with the color. In fact, the number one color for 2014 is radiant orchid. It was seen in the show tonight.

Yliana Yepez, a model and fashion designer, was impressed by the brilliant colors she saw at the performance. “I love the color combinations,” she said. “It’s great to see how the color went to the stage today.” “These colors will give you life,” she stressed. 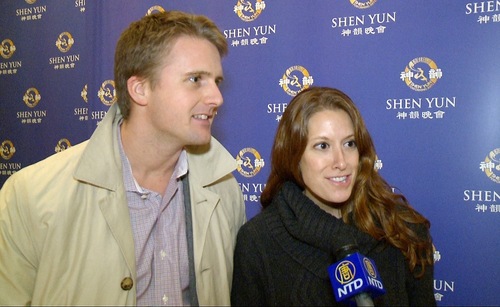 Juliet Gorham, a dancer from England, wanted to see the show two years ago, and finally did, at Lincoln Center. She thought the show was magnificent, that it definitely came from somewhere beyond this world. As a dancer, she could understand all of the beautiful dance movements, and found the dancers to be incredibly dedicated and focused. As a Buddhist, she thought Shen Yun's depiction of ancient history was perfect. 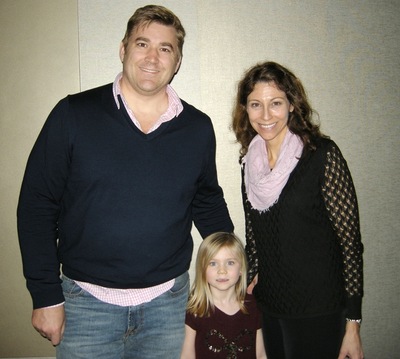 Tom Rossi, vice president of a global investment banking company, with his wife and daughter

Tom Rossi, the vice president of a global investment banking company, came to the show with his wife and daughter. He thought the show was “very well choreographed.” He liked the Mongolian dance. He also thought the vibrant presentation was very nice, “Every piece is different. It keeps you on your toes.”

Vocals and Music Touch the Hearts

“The music is fantastic,” Mr. Fabio Sarmiento, an architect, said, “The orchestra is phenomenal.” He said he would recommend it to the whole planet.

Sheila Rogoff, a music industry retiree, thought the Shen Yun music “had its own majesty.” “The orchestra was great. I think they did a stupendous job,” she said. “I was really taken with it.”

She was also deeply moved by the singing of the vocalists. “It was good, even though I didn’t understand the language,” she said. “But having the translated lyrics on the screen was very meaningful to me, and it touched me very much.

“[The lyrics] called for a coming together of people, of ideas. That was the message I got and I enjoyed the message very much.

“I think the feeling was that we’re all the same, we all come from the same creator, and we should all strive to be as one people, and what could be more positive than that?” she said. 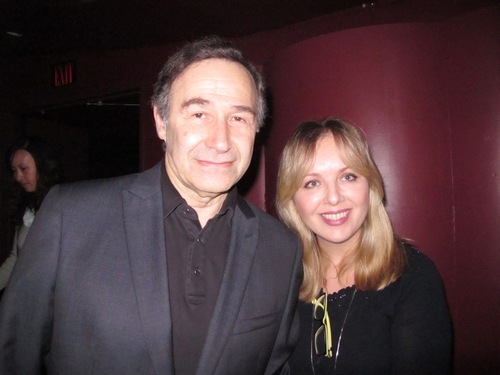 Vladimir Zyskind, a violinist from Russia and currently a private violin teacher, thought the Shen Yun music was “very impressive.” “It's great that [Shen Yun] preserves old traditions. I like old arts, which is refined through the time. It's unique,” he added.

Jack Yao came to the United States from China two years ago. He said, “I have only had the opportunity to learn about traditional Chinese culture after I came to the States. I have come to see a show of real Chinese arts.”

Mr. Yao, a Christian, was very moved by the dance about the persecution of Falun Gong. Seeing that Falun Gong practitioners were being persecuted he said, “My heart ached.”

Tim Quilter, a former member of the U.S. Military, felt that the spirituality highlighted in the show was very enlightening, “I think we’re all spiritual beings, and I don’t think any ideology should repress that common core belief in all of humanity. This is from whence we came. The sole purpose of our being, of our living, is to be spiritual in nature and not live some material existence, and I think that’s all there is to life … I think this revival of Chinese culture takes that into account.”

Buddy Piszel, chief financial officer (CFO) at an insurance company and former CFO of Freddie Mac, saw the show with his wife and daughter. Mr. Piszel said, “The colors are fabulous, the dances are fabulous, the music is fabulous. It is good for all ages. We were all captivated.”

Mrs. Piszel was moved to tears during the show. She was very touched by a dance that depicted the hardships of people in China brutally persecuted for their beliefs.

“You can feel it, in every one of the dances and stories,” Mr. Piszel said. “There is deep spirituality to this and it is very nice.” “I love the idea that every dance routine has a story behind it,” he said. “I love the traditional values.”

Shen Yun performances at the Lincoln Center in New York City will continue until January 19. For more information about Shen Yun, including all of its 2014 tour dates and locations, please visit ShenYunPerformingArts.org.