Understanding the “April 25, 1999” Appeal: What Really Happened in Tianjin on the Days Leading Up to the Appeal (Part 3 of 3)

Practitioner A: Although we were not allowed to go to the Tianjin Administrative Building, some practitioners went to the nearby Haihe River. They wanted to inform the practitioners arriving from other cites who did not know what had taken place.

At a street crossing, I met more practitioners. Many of them were from Shandong Province and Baoding City, Hebei Province. I told them what had happened the day before and about the response from city government in Tianjin. I also suggested that they not to go to Tianjin Education College to avoid complicating the situation. The minds of those practitioners were very pure. They said that they had traveled a long distance to address the innocence of Falun Gong. Since Tianjin's government did not want to listen, we decided we could go to the central government in Beijing.

Several other practitioners I knew also talked about going to Beijing to appeal. The next day we heard about the appeal at Tiananmen Square.

Practitioner B : When the police took me away, the massive arrests at Tianjin Education College had already begun. Worried for other practitioners, I walked to the college after being released from the Dayingmen Police Station. At the college, I saw piles of sitting mats at the gate. Their owners had already been arrested, and police officers were still on guard. I asked some bystanders, and they told me that many practitioners had been taken away.

I went home sad and confused. I went out again later to the Haihe River, where I saw many practitioners and plainclothes officers. We told the police that the officials did not allow us to go to Tianjin Education College or to the Tianjin Administrative Building. The officers said that they didn't have the authority to address the issue, but they surprisingly recommended that we go to Beijing to file a report with higher ranking officials. 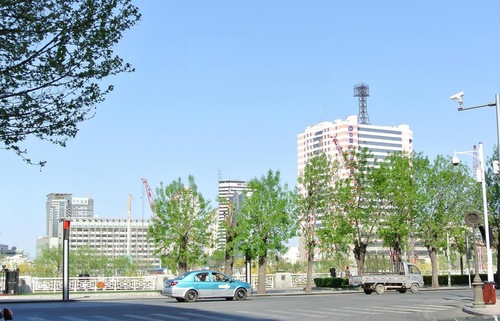 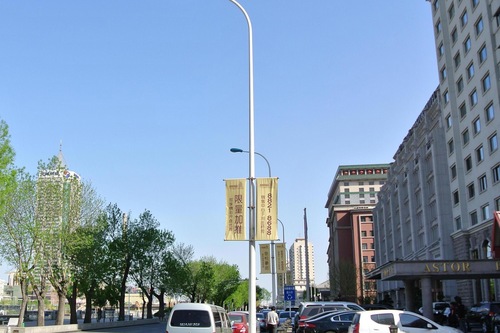 Practitioner D : There were many police officers and plainclothes officers near the Haihe River. Whenever they saw a group of practitioners talking together, they would break them up. Some of us talked about going to Beijing. However, some practitioners did not have the extra money to go, so I gave them the 200 yuan I had with me. A couple of Wuqing District practitioners were over 70, and I invited them to stay at my place for the night before leaving in the morning. We didn't even know each other's names or addresses. We came together for the simple reason that we all wanted to become better people by following the principles of Truthfulness-Compassion-Forbearance.

An important aspect to note is that we went to Beijing not necessarily because we all wanted to; rather, it was because government officials directed us to.

Based on the experience of these witnesses, it is apparent that the communist regime orchestrated the incident at Tianjin Education College to create a justification for the persecution. However, the practitioners remained calm and sincere in face of flagrant viciousness.

The compassion and high moral standards that practitioners follow have been visible through out the years of persecution, validating the uprightness of Falun Gong.

“Being More Tolerant of Others”