(Minghui.org) On the evening of July 20 2013, Falun Dafa practitioners in Winnipeg, Canada held a rally and candle light vigil at Forks Market downtown to commemorate the practitioners who have died in the 14-year-long persecution by the Chinese Communist Party. They called on the world to help stop the forced organ harvesting from living Falun Gong practitioners in China.

The rally started with a representative of Falun Dafa practitioners introducing the persecution of Falun Gong in China. Many visitors gathered to watch. 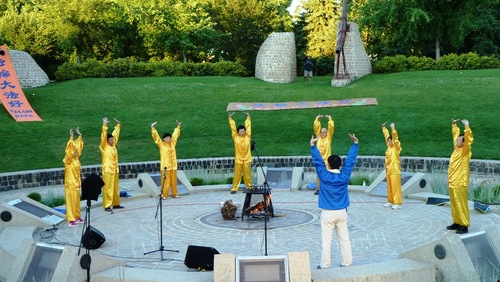 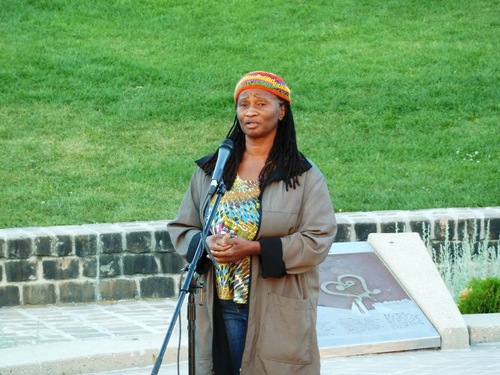 Representative from a local women's group spoke at the event. 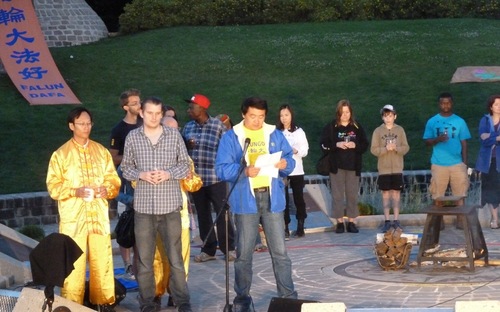 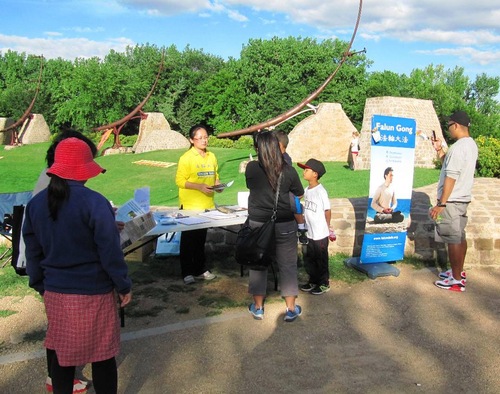 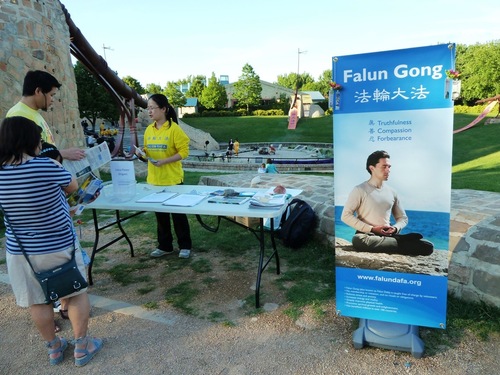 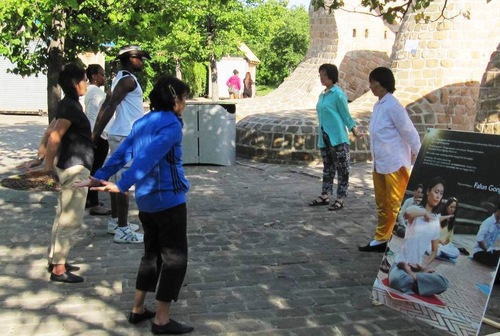 Many people signed on the petition forms calling for an the end to the forced organ harvesting in China. One middle-aged man from mainland China came to the signature collection table and talked to a practitioner. “I knew Falun Gong was persecuted in China. I knew about the forced organ harvesting too. I knew about everything.” Then he signed on the petition forms and condemned the Chinese Communist Party for its brutal crimes.

Two Chinese students came to the event and asked many questions about Falun Gong and the persecution. They didn't sign their names, but took some printed materials and CDs to read later.

More westerners came to the event and signed their names in support. When the practitioners were demonstrating the exercises, a man sat at the end of the stands and watched the demonstration from beginning to end. After the speeches, he came to the signature table and signed his name. He talked to the practitioners for a long time and expressed his support. As he was leaving, he took some fliers for his friends and relatives. 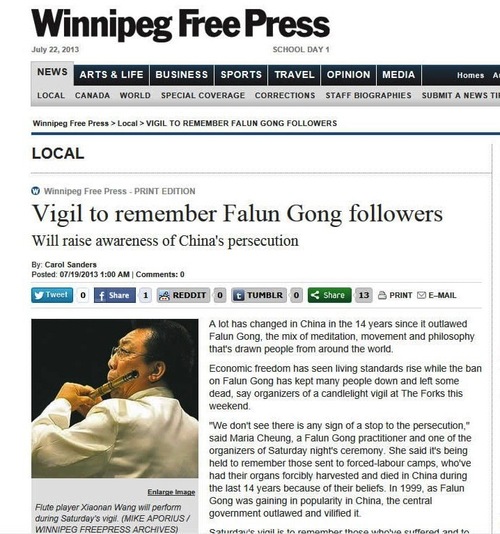 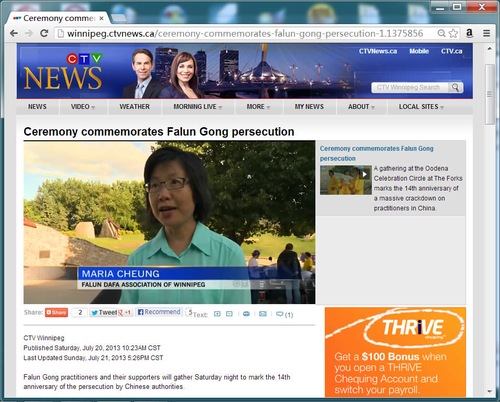 CTV reported on the event. 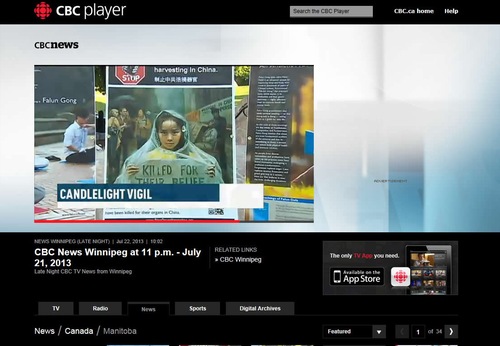 Canada Radio reported on the event.

“A Kind Lady Goes Out Every Day to Save People ”

“I've Made the Best Choice (Photos)”