(Minghui.org) On July 13, 2013, Washington practitioners participated in the city of Redmond's Derby Days, a popular annual festival. The two-day community event featured the Derby Days Grand Parade, which drew crowds of people to downtown Redmond. A Falun Dafa contingent was one of the many entries in the parade. 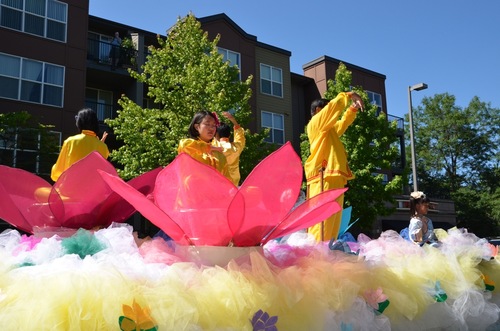 There were many Chinese and Asian people in the crowd. The friends of a local Chinese practitioner said that they were pleasantly surprised to see Falun Gong practitioners marching in the parade.

“A Simple, Everyday Toothbrush Is Routinely Used as an Instrument of Torture”