(Minghui.org) On August 6, 2012, the Minghui website published an article titled, “Renewed by Dafa, I Sincerely Strive to Reach More People with the Truth” (http://en.minghui.org/html/articles/2012/8/6/134827.html). Falun Gong practitioner Qingxing recounted her experiences, and a fellow practitioner wrote them down. 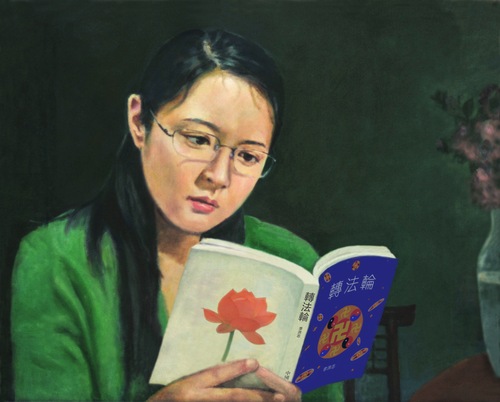 In the article, Qingxing described what her life was like before she started practicing Dafa in 1998:

“I was suffering from a myriad of illnesses,” she explained. “I was aching from head to toe. I couldn't even afford five yuan worth of prescription drugs. I was sleepless because of the pain. I was unable to look after my own child. I felt nothing but hatred towards my ex-husband. He refused to pay child support.”

She initially started practicing Dafa in the hope of improving her health. Shortly after she began the practice, all of her illnesses disappeared. The local villagers were impressed with Falun Gong after seeing how much Ms. Qingxing's health and temperament had improved.

When the Chinese Communist Party began persecuting Falun Dafa in July 1999, Ms. Qingxing went to Beijing to appeal for practitioners' rights to practice their belief.

She was later arrested and transferred to a local detention center, where she witnessed a guard beating a female practitioner. She began to tell him how Falun Gong had transformed her from a bitter, destitute, and dying woman into a healthy and happy one. Tears were streaming down her face as she told her story to the guard.

Qingxing said, “The room went silent. The guard became teary-eyed as well. He stopped beating us. Finally I was released.”

“What Makes Shen Yun a Reality”