(Minghui.org) Many banners supporting Falun Gong appeared during the Chinese New Year holidays on several streets around the Chinese Liaison Office in Hong Kong. They were hung along the streets by upright Hong Kong people. Here are a few examples of messages on the banners:

“The CCP is a Cult, Down with the Communist Party! Support Falun Gong!”

“The Suppression of Falun Gong Has No Legal Basis, China's Law Has Never Stipulated Falun Gong As an Evil Religion. [The suppression is] the Communist Party's Criminal Act, and a Huge Massacre Orchestrated by Jiang Zemin.” 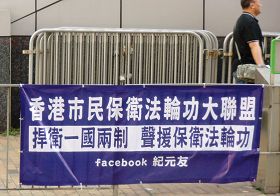 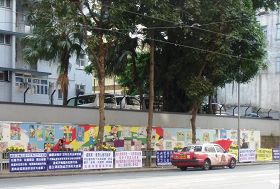 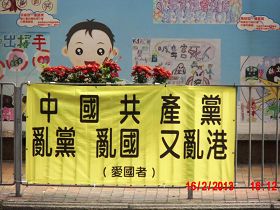 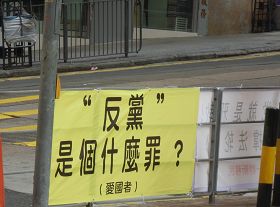 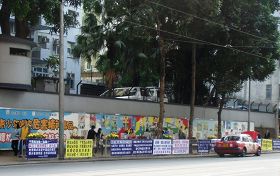 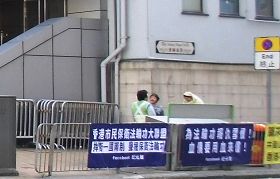 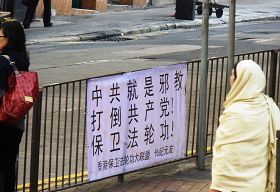 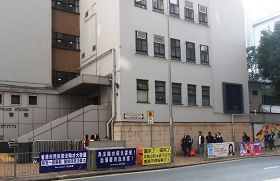