(Minghui.org) Ms. Zhao Fengxia and her mother Ms. Li Zhengying are both residents of Guanjian Town, Tongliang County in Chongqing City. Not long after they began to practice Falun Gong, a once blind Ms. Zhao was able to see again, and Ms. Li saw her numerous illnesses disappear.

Having benefited tremendously from Falun Gong, both mother and daughter were determined to share their good news with everyone. However, they were detained on more than one occasion just for telling people about Falun Gong.

Ms. Zhao and Ms. Li were recently arrested on October 23, 2013 by officers from Tongliang County Domestic Security Office, Dongcheng Police Station and Dongcheng Street Office. The authorities tricked Ms. Li into opening her door and then took her away. Ms. Zhao, who was in a wheelchair after being paralyzed from the torture she received while in a labor camp in 2007, was not spared either. They were both taken to Tongliang County Brainwashing Center.

Tongliang County Brainwashing Center was established in September 2013. It is now known as the “Legal Studies Center,” located in Ximenpo, Quande Town. 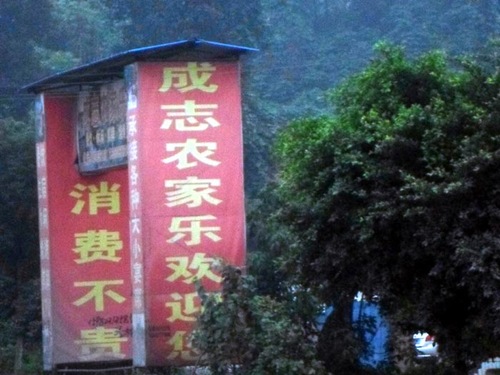 Ms. Zhao once came down with a catastrophic illness, and became totally blind. The doctors at Chongqing Third Hospital gave up on her after none of their treatments could help.

Just when Ms. Zhao was in despair, a relative of one of her fellow patients suggested that she practice Falun Gong. This relative, a woman in her 60s, used to suffer from a terminal disease and was bedridden for more than ten years. Even though she spent more than 10,000 yuan on medical expenses every year, she was still emaciated and had lost all of her hair. She then tried Falun Gong and miraculously recovered. Her hair started to grow again and she looked very healthy.

Ms. Li soon found a copy of Zhuan Falun to read to her daughter. Not long afterward, Ms. Zhao regained eyesight in both eyes. Her doctors were dumbfounded.

Ms. Li also benefited from practicing Falun Gong. She used to suffer from many illnesses. Moreover, she couldn’t take care of herself and relied on her husband and mother to help her with daily tasks. Shortly after starting the practice all of her illnesses disappeared and her character improved. She volunteered her time to help those in need and provided financial support to poor students and residents in disaster-hit areas. When she donated her hard-earned money, she never revealed her identity.

As Falun Gong had brought hope to Ms. Li and Ms. Zhao, they were determined to tell others about how good Falun Gong is in improving one's health and elevating their moral character.

Arrested for sharing a good practice

On their way to visit a friend in September 2007, Ms. Li and Ms. Zhao stopped at Shangqingsi Elementary School to talk to the guard about Falun Gong. To their surprise, the guard produced two pairs of handcuffs and restrained them. He then called the police station, and had them both taken away.

Ms. Li and Ms. Zhao were told that they would be released within three days, but they were taken to Jiangbei District Detention Center instead. They were later sentenced to one year of forced labor and transferred to Shimahe Women’s Forced Labor Camp.

Hearing the news that both her daughter and granddaughter were in custody, Ms. Zhao’s grandmother, in her 90s, soon passed away.

Ms. Zhao refused to listen to the labor camp guards’ demands and was brutally tortured. After she lost her voice, the guards forced her to take pills and gave her injections. But they never revealed what drugs she was given. In no time she was in critical condition. In order to avoid responsibility for Ms. Zhao's likely death, officials released her from the labor camp on medical parole half a year later.

Soon after Ms. Zhao returned home, she had blood in her stool that lasted for several days non-stop. She was also unable to stand up or walk. Several years have passed and she still remains in a wheelchair. 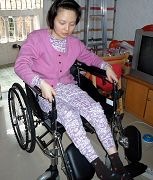 Ms. Li's blood drawn against her will

Ms. Li was arrested on April 1, 2013, by officers from Guanjian Town Police Station. Her family had to pay 5,000 yuan before the police released her at 2 a.m. the next morning.

During Ms. Li's brief detention, a man with the surname Ding from Tongliang County Political and Legal Affairs Committee and a deputy head of the police station with the surname Guo held her down and drew her blood using un-sanitized needles.

Those involved in the persecution 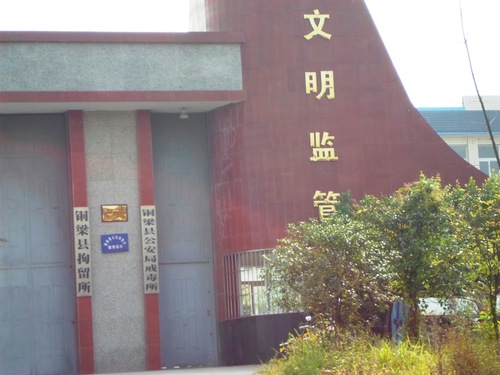 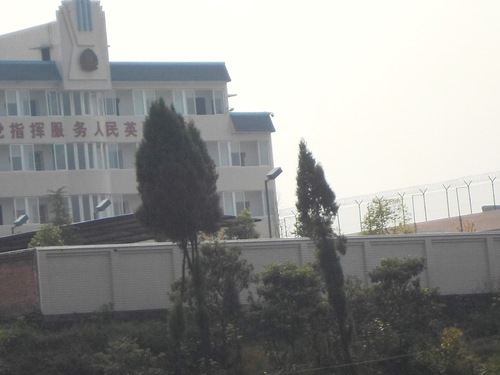 “Minghui Articles Help Me To Tell People the Facts”

“Police from Maoming Arrest Practitioners and Ransack Their Homes”