The Jianyang Court originally planned to hold a secret trial in late March, 2013. Since the practitioners hired an attorney to defend them, the court pushed the trial date to early April. In April, the Jianyang Court postponed the trial again, quoting the Chinese Communist Party's (CCP) direction, “All major cases should be postponed during the 18 th National People's Congress Conference.” On May 3, the court issued another extension as per the Jianyang prosecutor's request. There was no information for more than three months following, until the August 28 court notice to extend the case again, also at the prosecutor's request. 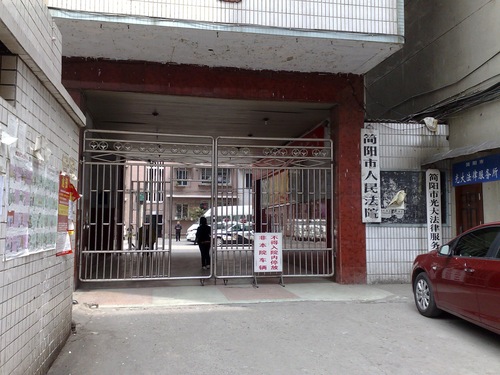 Li Jia, CCP head of the Ziyang City Party Committee, stated within the first month after he took the position that he wanted to “plan and push through,” “seize the opportunity to conduct,” and “process major cases for” intensified persecution of Falun Gong practitioners. Thus, the Jianyang Political and Legal Committee and610 Office “planned and pushed” the case against Ms. Lei Jinxiang and four other practitioners. Ms. Lei was sentenced to nine years in prison. She died under suspicious circumstances in February 2013 while imprisoned at Yangmahe Prison in Jianyang. The prison guards claimed that “she died from reading a book at night.”

The trial will be just for show, since the result was already decided. The court-appointed attorney said, “We don't know how my clients were arrested and why. We'll just say what we were told to say. The Police Department has already decided their case.”

Another person who participated in this case said privately, “The case of Ms. Wang Hongxia and others is a Falun Gong case. None of us can tell whether they have committed any crime. The materials prepared by the police read the same as the cooked-up charges and over-exaggeration which the CCP used in the Cultural Revolution. To tell the truth, a few top police officials aim to get a huge bonus from this case. They choose a few parties to share the responsibility and make them the scapegoats: the Procuratorate prosecutes them and the court sentences them.”

Ms. Wang Hongxia, near 50, is the main target in this case. She was an English teacher at Anyue Teacher Training School. After she began practicing Falun Dafa, she lived by the principles of Truthfulness-Compassion-Forbearance. She is well-known for being a good person in her family, school, and society. She has been persecuted by the CCP for a long time. Ms. Wang was placed in a brainwashing center several times, and sentenced to forced labor three times, where she was brutally tortured. Once, she was forced to sit in the full lotus position for 17 hours. Another time she was put on the Tiger Bench for 20 days. Her family was also implicated and suffered.

Ms. Wang lost her job and had to sell tea to make a living, yet she never stopped helping others. The Chengdu City 610 Office in Sichuan and the Chengdu Domestic Security Bureau saw her as a good opportunity to make money – they could label her as a top Falun Gong practitioner because she had her own business with a large number of contacts, and there was money to take. They arrested Ms. Wang from the apartment that she rented in Chengdu, confiscated all her property, including her son's computer accessories, and put her in the Xinjin Brainwashing Center in Chengdu. Three months later, they transferred her to the Erehu Brainwashing Center in Ziyang. Later they sentenced Ms. Wang to two years in the infamous Nanmusi Forced Labor Camp in Zizhong, Neijiang. 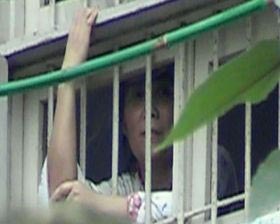 Although she was scheduled to be released, several mid-ranking CCP personnel wanted to take advantage of her case in order to gain political points by stepping up the persecution of Falun Gong. The agents were Li Jia; Tang Yongliang, Ziyang Political and Legal Committee Party Secretary; Wang Hongbin, Jianyang Party head; and Fan Changhua, Jianyang Political and Legal Committee Party Secretary. They cooked up a plan to use other practitioners as part of a frame-up of Ms. Wang.

One of the six arrested practitioners is Mr. Ma Daiheng, 76, from Jianyang. He was known as a very kind person. He worked as both a teacher and a farmer when he was young. The difficult labor left him with several hard-to-cure diseases. After he practiced Falun Gong, the diseases were all quickly cured. He became healthier and better-tempered.

But the CCP wouldn't leave this kind man alone. He was arrested by the Domestic Security Bureau several times. One day in October 2010, over twenty people broke into his home while he was making lunch. They arrested him and confiscated his belongings, worth over twenty thousand yuan. They put him in the Erehu Brainwashing Center.

At noon on July 28, 2012, Jianyang Domestic Security police broke into Mr. Ma's home again. They arrested him and ransacked his home. His wife didn't know of the arrest until she came home later that evening. Their home was a mess. Missing were a set of keys and several hundred yuan which was their monthly living expense. Mr. Ma was taken to the Er'e Lake Brainwashing Center. He was again arrested at the end of 2012.

Also arrested was Ms. Zeng Pingshu, 65, from Jianyang. She once had severe gastritis which made her unable to eat. She was close to death when she discovered Falun Dafa and recovered. She became more virtuous and helpful to others. She is recognized as a good person.

Ms. Diao Qixiu, 62, is from Sanhe Town, Jianyang. She used to have many ailments until practicing Falun Gong made her healthy. She was persecuted by Zhong Shiquan, former Party Secretary of the Jianyang Political and Legal Committee. Later, Ms. Diao moved to Chengdu with her husband to babysit their grandchild. She was set up by the CCP in this most recent case.

The other practitioners arrested were Mr. Du Zhongxuan, 69, and Mr. Ye Jianguo, around 60.

The CCP framed these innocent Falun Gong practitioners to get a large bonus. The case keeps getting postponed, as the fabricated evidence is hard for the Procuratorate to use.

CCP Personnel participating in the persecution: 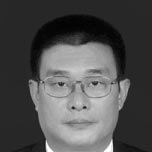 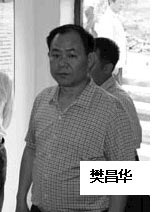 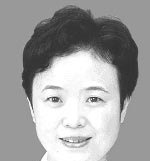 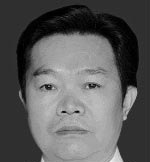 “A Miraculous Save in a Timber Processing Facility”