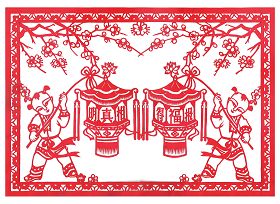 “From Cashier to a Professional that Everyone Wants to Hire” (http://en.minghui.org/html/articles/2012/6/8/133854.html)  tells of the career of a young practitioner. He was forced to quit college one year prior to graduation because he practiced Falun Gong. He first worked as a cashier, but then decided to apply for a position in his field in a mid-sized company. The manager liked his designs and was even more impressed by his honesty and gave him the job. He was very responsible and dedicated. He continued learning, and his finished projects were of high quality. Quite a few company owners wanted to hire him and they all knew he was a Falun Dafa practitioner. He believed that Falun Dafa was the highest science. It was the wisdom and virtue obtained from Zhuan Falun that allowed him to be an expert in the field and gain others' trust.

“An Enterprise Rescued--Chairman of the Board Practices Falun Gong” (http://en.minghui.org/html/articles/2012/6/8/133848.html)  is about a CEO who started practicing Falun Gong in 1996. He strives to follow the principles of Falun Dafa. In today's Chinese society where the corruption is everywhere, he does not take one extra penny from work or take bribes, no matter how big the fund he handles. Due to his efforts, a state-owned enterprise that was close to bankruptcy came back to life. He is respected by his employees and customers. He has also won many awards from various levels of the government.

“Blessings Received: The Story of a Husband Who Supports Dafa” (http://en.minghui.org/html/articles/2012/5/25/133599.html)  tells about a practitioner's husband. He was very supportive of her wife's practicing Dafa. He used his wisdom several times to talk to the police who came to ransack the house and did his best to protect his wife and the truth clarification material production site. When he started his own business in 2004, his net worth was only a couple thousand yuan. However, he has had unimaginable good fortune: the land the factory he bought is located on is now worth many times more than what he paid for it, and he bought the production equipment he needed for a fraction of the price. Her husband now owns several factories and has a net worth of several hundred million yuan.

4. The Spiritual Realm of Practitioners Who Genuinely Follow the Principle of Truthfulness-Compassion-Forbearance

“Walking on the Path to Godhood” (http://en.minghui.org/html/articles/2012/6/28/134159.html)  is about a practitioner in his 70s. A main road that leads to the market was covered by mud and nobody took care of it. He voluntarily shoveled the mud to the side of the road, section by section, and cleared the road in three days. Another time, the township leaders invited him to teach cotton technology in an “Improve Cotton Production” meeting. He shared his experiences growing cotton with the farmers at the meeting. However, his cotton disappeared overnight. The village leaders asked him why he didn't get mad. He said, “Falun Dafa cultivates compassion. Whoever did this must be badly in need of money.”

In “Great Daughter-in-Law” (http://en.minghui.org/html/articles/2012/6/10/133885.html) , the author took her mother-in-law home and took care of her after she started practicing Falun Gong. She spoon-fed her three times a day every day. She also helped comb her hair, wash her face, wash her hands, and deal with her bowel movements. She taught her the five Falun Gong exercises and read Dafa books to her, hoping that she could quickly recover and not be tormented by illnesses. At the age of 85, her mother-in-law passed away peacefully. Local villagers said, “The old woman suffered for so long, but now she has run into this good fortune in her old age. It's because of having a great daughter-in-law who practices Falun Dafa.”

In “I Was Touched by Dafa Practitioner’s Compassion and Selflessness (http://en.minghui.org/html/articles/2012/6/26/134132.html) , the author's child suffered from rheumatoid arthritis. A practitioner who wasn't a close friend brought the Falun Gong DVDs and books to her home to visit her child. She often spent an hour teaching him the exercises after either having taken public transit or using a battery-powered motorbike and having to forgo doing many other things. The child made great progress in two months.

“The Story of the Stairwell” (http://en.minghui.org/html/articles/2012/6/11/133905.html)  tells about a practitioner in Heilongjiang Province who bought an apartment in an old building. After she moved in, she discovered that only a few families lived there permanently. The majority of them were transient households. Even though the neighbors always ran into each other, no one gave way when there was a conflict. They hardly socialized with each other and were on guard against each other. People threw trash bags into the stairwell, and it was dirty and smelly. The author picked up a broom and started her ten years of voluntary cleaning. Her kindness influenced the neighbors.

Dafa's teachings change people's hearts. Only then do they experience a major transformation.

Xiao Song was a section chief of the operations section in a large government enterprise. With the decline in moral values in society, Xiao Song had become a bad person. He became corrupt at work and engaged in unhealthy behavior: he often went to bars and had affairs; and he fought with his wife and father-in-law. Later, he no longer paid the household expenses and rarely went home. His wife was in despair. On a business trip to Guangzhou, a client gave him a copy of Zhuan Falun as a present. He said, “After I read Zhuan Falun, I understood everything!” Xiao Song said goodbye to all of his bad habits and no longer drank or smoked. He took his son to school every day and did a lot of housework. At work he abided by the principles of Truthfulness-Compassion-Forbearance and did things righteously. One of his colleagues said, “Falun Gong is so powerful that it changed Xiao Song.” “Employees at a Factory in China Experience Great Changes after Practicing Falun Dafa” (http://en.minghui.org/html/articles/2012/5/30/133700.html)

John, a Belgian practitioner, talked about his life before Dafa cultivation: “When I was 14, I let the people around me down. I was developing my individual views about society and I was curious about the various bizarre lifestyles and went astray. I began drinking, using drugs, and was attracted to the most deviant art and music. I indulged myself and thought all those things were the best. Of course, at the time, nobody liked my behavior. When I was forced to face the fact that I had let everyone down, I felt very lonely. … I was disappointed in myself, I did not feel good physically, and when I looked at myself, I saw a hopeless life. At 18 and 19, I did not want to live anymore. … I would endure in misery and wait for the end of my life. It was a good thing that I did not go to the extreme at that time, as a co-worker introduced Falun Dafa to me. I read Zhuan Falun first, and later learned the exercises. I remembered when I’d finished 50 pages of the book and realized that this was what I had been waiting for all along. The profound Fa was expressed in such a simple way, and so clearly. … In the first step I cut my long hair, stopped smoking cigarettes, using drugs, and drinking alcohol. Everything changed in such a short period of time, such as my appearance, words, deeds and thoughts.” - “A Belgian Family's Cultivation Story” (http://en.minghui.org/html/articles/2012/5/26/133628.html)

Mary, 52, is a German practitioner. “As I grew older I became more conflicted. .. I had lost track of who I was and was unfaithful to my husband. … The marriage broke up and I lived in disgrace. I was an outcast in the village where I lived and ignored by my family. … I learned about Falun Dafa in 1998. After I read the book Zhuan Falun, I begun to study it. I could not put it down. ... I had again found a belief in the divine that followed a natural course based on principles of the Fa. One must align with Truthfulness, Compassion and Forbearance and look inward to refine one's own being. … My aunt said, 'Your life seemed as if it had hit bottom, but you have worked so hard. We all admire you and we respect you very much.' Those were moments when I said with humility, 'I'm studying Falun Dafa and owe my life to Teacher Li, who pulled me up from the depths.'” - “Salvation from a Life of Hopelessness without Belief in the Divine” (http://en.minghui.org/html/articles/2012/6/12/133930.html)