(Minghui.org) On April 25, several hundred Falun Gong practitioners from Toronto assembled in front of the Chinese consulate to commemorate the April 25 Appeal, clarify the truth about Falun Gong to the public, and expose the brutal persecution.

From 4 p.m. to 6 p.m., practitioners held banners on University and Bloor Streets and collected signatures. From 8 p.m. to 10 p.m., they held a candlelight vigil in front of the Chinese consulate. 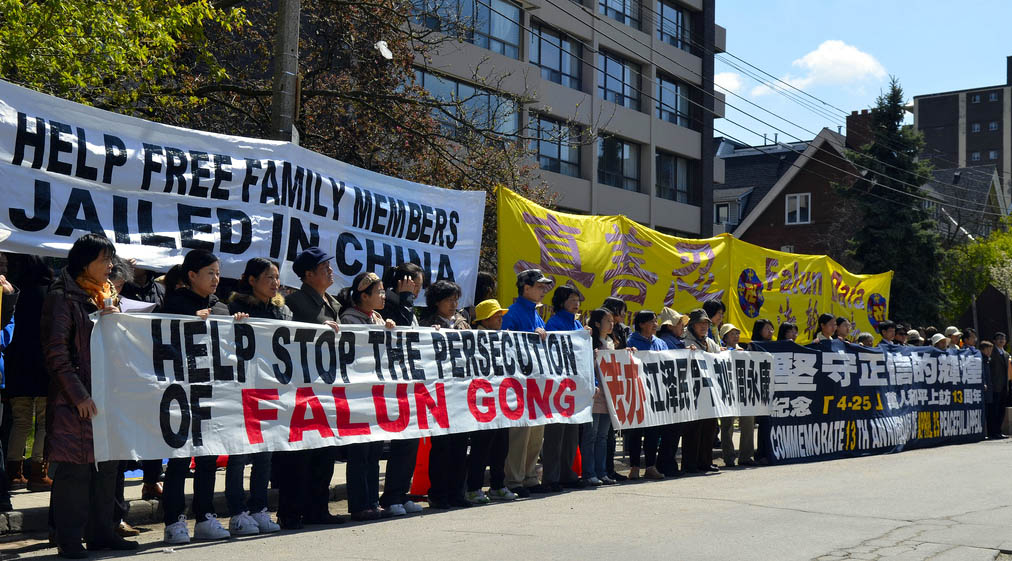 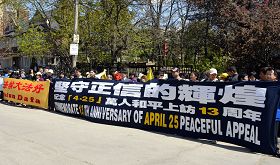 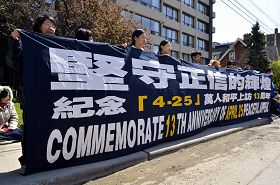 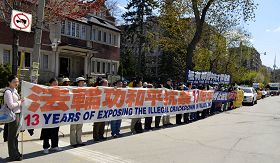 Activities in front of the Chinese consulate 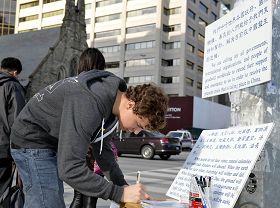 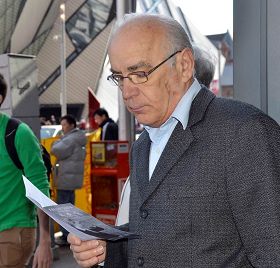 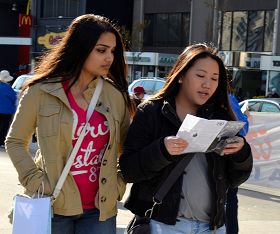 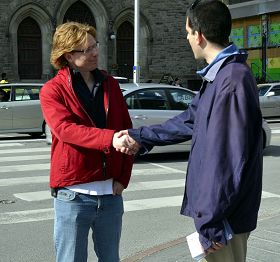 “Thank you for telling me about the persecution of Falun Gong.”

Joel Chipkar, the spokesman of the Falun Dafa Association of Canada, praised practitioners' peaceful resistance. He said that 13 years ago, practitioners manifested incomparable peacefulness when they asked for their freedom of belief, and today, practitioners still protest against the persecution in a peaceful way.

Several attendees of the April 25 appeal 13 years ago told their own stories. 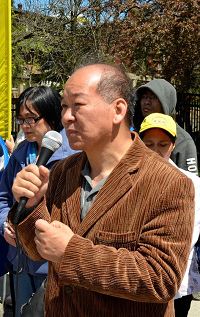 Mr. Lin Mingli was arrested three times. In a brainwashing center, he was forced to listen to slander against Falun Gong. He was not allowed to sleep. He started a hunger strike, but was force-fed, which made his esophagus bleed. He passed out due the severe pain.

Ms. Gao Shunqin has been jailed in detention centers, labor camps and brainwashing centers more than 10 times. She was forced to stand straight for days, and locked up for hours. The doctors at the Yangyuan brainwashing center in Wuhan injected unidentified drugs into her, which made her heart beat fast and feel dizzy.

Ms. Huang Xin, a practitioner from Shenyang City was sentenced to 8 years when Bo Xilai was the governor of Liaoning Province. Ms. Huang came to Canada in 2010. She told how Bo hired police officers to torture Falun Gong practitioners. 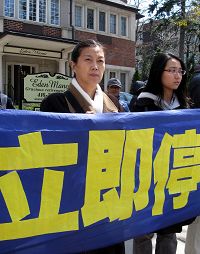 Ms. Huang Xin, a practitioner from Shenyang City, was sentenced to 8 years when Bo was the governor of Liaoning.

She said: “I was able to talk to some policemen in 1999, and they listened to me. But after 2003, I found that their attitude had changed. When I tried to tell them about Falun Gong, they refused to listen. I also overheard their conversations, which were all about money--'I caught a Falun Gong today, and made one thousand yuan.'”

Ms. Huang was badly tortured in captivity. She was forced to do heavy labor, and was injected with unidentified drugs, which made her sick.

Ms. Qin was jailed in Chongqing Women's Labor Camp for a year in 2009. She witnessed several death cases in the labor camp due to the severe torture. 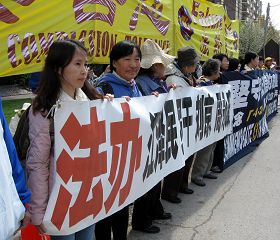 Ms. Qin was jailed in Chongqing Women's Labor Camp for a year

Ms. Qin is happy to freely practice Falun Gong in Canada. She hopes that the persecution will end soon and the murderers will be brought to justice.

Kevin, a local Falun Gong practitioner, expressed that Bo Xilai and his gang, Wang Lijun, are among the major murderers who have been involved in the persecution of Falun Gong. Now Bo and Wang have been arrested and are under investigation. Kevin said: “We hope that those who are in the communist party, but have not been involved in the persecution, will take this chance to bring those murderers to justice. It is good for the whole Chinese society.”