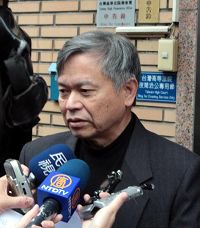 On February 16, Director Chang Ching-hsi of the Taiwan Falun Dafa Association filed a lawsuit against visiting Beijing Mayor Guo Jinlong for his crimes of genocide and violating two conventions. 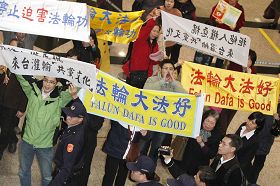 The Central News Agency reported on February 17 that the Taiwan High Prosecutors Office pointed out that all cases received would be investigated. Filed by the Taiwan Falun Gong Human Rights Lawyer Group, the lawsuit charges Guo Jinlong with suspicion of committing crimes in arresting and attacking Falun Gong practitioners.

Based on the genocide code of 1953, anyone who intends to kill an ethnic or a religious group, in full or in part, can be sentenced to death, life imprisonment, or more than seven years in prison.

Since 2009, the Taiwan Falun Gong Human Rights Lawyer Group has been suing visiting CCP officials who are involved in the genocide, including Xu Guangchun, secretary of Henan Provincial CCP Committee; Huang Huahua, Guangdong Province governor; and the deputy mayor of Beijing. Guo Jinlong is the ninth official to have a suit brought against him.