Shen Yun Performing Arts completed its four-show stop at the Boston Opera House on January 22, 2012, as part of its 2012 world tour.

Audience members from all walks of life had glowing praise for the Sunday matinee, the final show of the series, enthralled with the visual vibrancy, flowing music and world-class dancing of the two-hour performance. Many also appreciated the educational value of the journey through Chinese history—from 5,000 years ago to the present day—and identified with the deep reverence for the divine rooted in traditional Chinese culture.

“It was absolutely spectacular,” summed up Claire Norton, a retired teacher, after the show. “It was one of the most spectacular things I’ve seen.”

“It was absolutely amazing—just the whole story behind it, the colors,” echoed Audrey Vasquez, who came to the venue with her husband Jose. “Actually, it was a good learning experience about Chinese culture,” added Mrs. Vasquez, noting that the program “brought out that faith is very important, especially when you are battling anything that’s really harsh in this world.” Her husband agreed, calling the show “very good and very spiritual.”

Retired Firefighter and His Wife: “Every year we keep coming” to see Shen Yun

Jake Jerdon, a retired firefighter, and his wife Jane have come to see Shen Yun for four years in a row.

“We just enjoy the whole realm of the show. Every year we keep coming—and we will continue coming,” said Mr. Jerdon with a sense of assured determination following Sunday’s performance.

Noting that Shen Yun presents a brand-new production each year, Mr. Jerdon explained that he liked “everything” about the show, including “all the dances,” “the colorfulness of it” and the music. “That’s what brings me and my wife back,” he said.

“I think it’s beautiful,” agreed Mrs. Jerdon, adding that she enjoyed learning about the history of China through the show. “I like the way they do it and they explain it” she said.

“I can see the spirituality in here during the show—I do see it and I enjoy it,” he said. 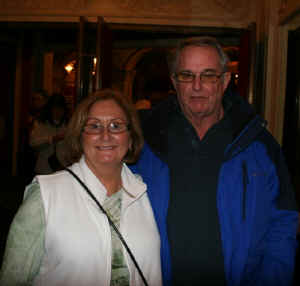 Cardiologist: Shen Yun “combined the past with the present”

Dr. Kunwar Singh, a cardiologist at a Harvard-affiliated hospital, was also impressed with Shen Yun’s ability to educate and inspire.

Dr. Singh also appreciated the depiction of divine beings, such as Buddhas, in the program. He was particularly impressed with Shen Yun “bringing Buddhism into the culture of a country where the religion is decried,” he said, referring to the Chinese communist regime’s suppression of religion and spirituality over the past 60 years.

“It was very interesting that they [Shen Yun] have gone back to the basic roots of 5,000 years ago and still feel proud of it [the spiritual core of Chinese heritage] and participate in it in the modern world,” concluded Dr. Singh. 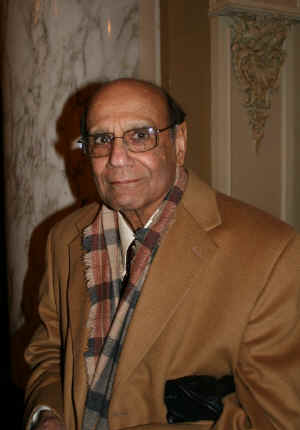 Calling the performance “a spectacle for the eyes,” Ms. Cooper marveled at the athletic skill of the dancers, noting that they were “so slim, so acrobatic, so in unison—very lovely.”

“It really was beautiful,” she summed up, to the agreement of her friend, who was enchanted with the “fabulous costumes.”

As singers in a local choir, both women took note of the unique music played by the Shen Yun Performing Arts Orchestra, which combines classical Western and ancient Chinese instruments in original compositions tailor-made specifically for each dance.

The performance also resonated with the two women on a deeper, spiritual level.

Ms. Cooper, who is of Catholic faith, noted the common themes of good and evil, compassion and peace, and said she could understand why a show like this could not be seen in China today. Speaking of the lyrics sung by Shen Yun’s award-winning vocalists, she said their message “kind of unifies religion—it doesn’t make us feel so different, [but conveys] that we are kind of all the same and searching for the same thing.”

Ms. Osborne agreed. “I think that basically the message that they are trying to portray is just good—good for all people and the truth for everything—and that [truth] prevails,” she said.

“Cultivating While Clarifying the Truth to Patients Where I Work”