(Clearwisdom.net) Ms. Su Dan was arrested by officers from the local police station and residential committee on February 20, 2011. She was transferred to the Beijing Women's Forced Labor Camp on March 29, 2011, where she was brutally beaten. Guards at the camp took Ms. Su to the hospital for medical treatment. She spent ten days there before being returned to the labor camp. She was put in the No. 4 Division and tortured again.

A lawsuit was filed by Ms. Su's family against officers from the Shunyi Police Department in Beijing for detaining her and seizing her property. The hearing was scheduled for 9:30 a.m. on July 13, 2011, at the Beijing Women's Forced Labor Camp. However, when the lawsuit was first filed, it was decided that the hearing would be held in the Shunyi Court, but officials from the camp wouldn’t allow Ms. Su to attend. Officials from the court and the labor camp then agreed that the hearing should be held at the labor camp. 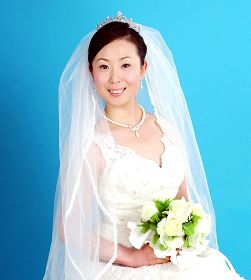 Members of Ms. Su's family, and her lawyer, arrived at Beijing Women's Forced Labor Camp at 8:30 a.m. on July 13 and waited for the trail at the entrance. When officers from the Shunyi Police Department and officials from the court entered the camp at 9:20 a.m., her family and lawyer were not let in. They waited outside for a long time, before someone told them that all available rooms were occupied because they were holding a reception for Zhu Xiaoli, the head of the camp.

At 10:30 a.m., a member of the court told Ms. Su's lawyer that the hearing had been canceled because they did not have the facilities for holding a hearing, and that the time and location for the next hearing would be determined at a later time.