In August 1994, I fortunately attended Master's Harbin Fa lectures. Through listening to the Fa, I understood the purpose of being human, and my character changed: I no longer quarreled with my husband and my family, which was on the brink of breaking up, became harmonious again. 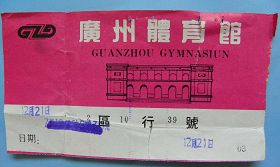 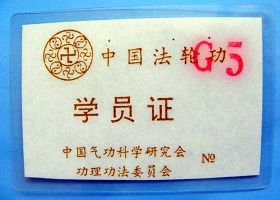 When I attended the Guangzhou Fa lectures, I already had a good understanding of Dafa and knew that Falun Dafa was good. There were two fellow practitioners next to me, one from the Beijing Meteorology Station, the other from the Beijing TV Station. They said that Master had been working very hard, most of the time only eating noodle soup. It was not easy for us to obtain the Fa. At the time I did not quite understand what “not easy” meant. I have a better understanding now after having cultivated for so many years.

There were numerous students including me who attended the class and wanted to shake hands with Master. But there were so many of us that it was impossible for Master to shake everyone's hand. Master knew what was on our minds, so when he came he waved his hands at the students in every direction.

At the last class Master went around the room four times, turning a big Falun. I felt the strong energy field with my body tingling, warm, wonderful, and comfortable. I truly benefited. Just like what Master stated,

I have deep understanding of this as I personally experienced it!

Another attendee was an elderly lady from Guangzhou Medical College. She was a physician, but her health was very poor as she had a large gallbladder stone. She was on a stretcher when she left Jiamusi. She felt a little better when she arrived in Beijing. When she reached Guangzhou she was able to sit up and later walked to the lecture hall. After the class, she was completely healed because the gallbladder stone came out. She is in her 80s this year and is very strong with a healthy glow on her face.

“What Does it Mean to “Help Master Rectify the Fa”?”