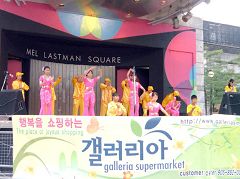 An event at South Regent Park 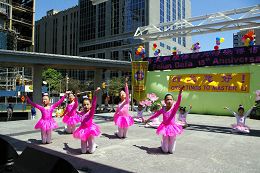 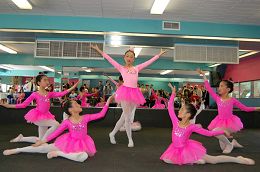 Performing at Toronto May Festival in Thornhill

The Minghui School has held a summer school for the last five years. Students range in age from 3 to 13 years old. The first summer school class in 2007 had 20 students. This year, almost 70 students enrolled.

Learning the names of fruits

In August, 2009, the Minghui School in Toronto held a six-week-long summer school. Almost 40 young practitioners and their teachers from Toronto, Ottawa, Montreal, and some American cities attended. 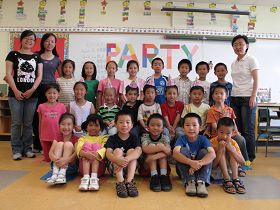 Students and teachers from the Minghui School in Toronto 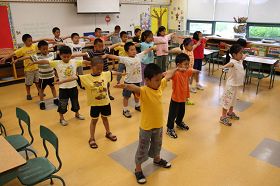 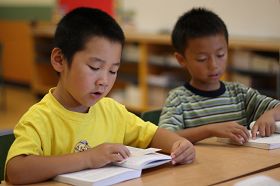 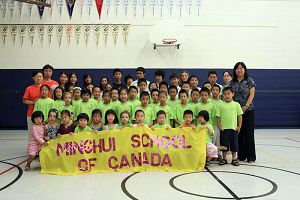 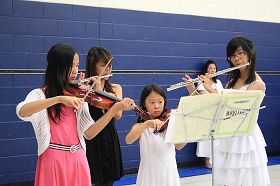 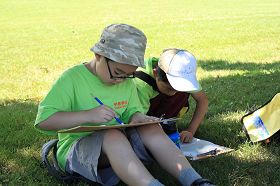 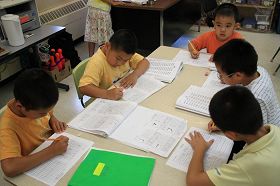 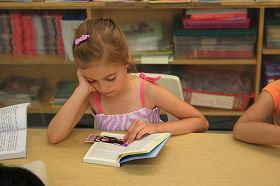 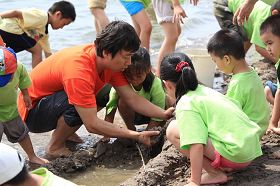 On June 14, 2007, the Ontario Provincial Government issued awards in Mississauga to organizations and individuals who have made lasting and meaningful contributions to their communities. Five teachers from the Toronto Minghui School won awards. 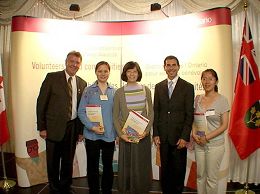 Ms. Li Ying, one of the recipients, said, "We wish to introduce the essence of Eastern culture through these courses, and train students with a well-rounded curriculum that includes the physical, spiritual, and intellectual areas. Kerry, one of our students, was awarded a fellowship from the Canadian Government last year for his excellent achievement."

On March 5, 2011, Michelle Simson, MP of the Scarborough Southwest District, held a celebration in honor of International Women’s Day, during which she presented proclamations to 25 women volunteers for their contributions to the community. Practitioner Wen Wang was recognized for her seven years of service in educating children about traditional Chinese culture. 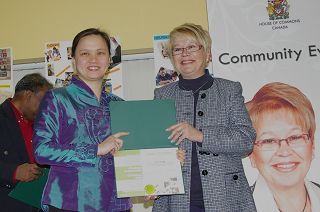 Wen Wang has been working at the Toronto Minghui School for seven years. She said students could read about 60% of the characters in Chinese story books after completing the camp because the school setting inspired their interest in Chinese language.

Ms. Wang started to practice Falun Gong 10 years ago. She said that practicing Falun Gong allowed her to be more considerate of others and, consequently, her students learned these values as well.

“Regaining My Sense of Pride in Dafa”

“Germany: Politicians and the Public Are Concerned about the Persecution of Falun Gong (Photos)”