(Clearwisdom.net) Ms. Liu Xiufang is now in critical condition in the Heilongjiang Women’s Prison following long-term incarceration. The prison officials have not only refused to release her for medical reasons, but they force Ms. Liu’s family members to endorse how she is being treated in the prison. 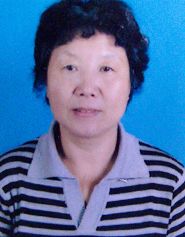 Ms. Liu was arrested on February 13, 2009, and was given a three-year sentence on July 7, 2009, by the Xiangyang District Court in Jiamusi City.

Prison officials informed the family on April 14, 2011, that Ms. Liu was hospitalized in the Heilongjiang Prison Administration Central Hospital, suffering from heart failure and high blood pressure. Her family was told to visit her right away. They were allowed to bring her grandson along.

During their visit on April 15, the family saw how critically ill Ms. Liu was. She burst into tears when she saw her eight-year-old grandson, "Grandma misses you!" The grandson also cried, "Grandma, I miss you, too!" When they held hands, the prison doctor and a police officer separated them by closing a glass partition.

Ms. Liu told her family, “My heart rate is 170 beats per minute, and my blood pressure is very high; last night a doctor injected me with an unknown substance. After that, I felt horrible. I did not sleep the whole night.” She looked as if she was in great pain. She also told her family, “They forbid me from doing the exercises or reading Falun Gong books. I feel like an empty shell. If I die here, it’s because of their persecution.” Ward head Dong asked, “Who persecutes you?” Ms. Liu said, “The environment here is so bad. I am so sick, but you still refuse to let me go. If I die here, you are responsible!” Dong said, “I wish you could go home, but even a medical parole requires paperwork.” Before she had a chance to say more, guards removed her.

Dong yelled at her family, “You cannot go! You have to sign the document asserting that Liu Xiufang is in the condition she is due to her refusal to submit to the prison's treatment.” The family refused to sign anything and left the hospital. Dong did not give up and followed them to the street outside the hospital. In front of bystanders, she shouted to stop them from leaving and tried to get them to sign the paper.

The chilly weather was hard for the family to tolerate. The grandson trembled in the cold wind. Ms. Liu’s family members had to book a hotel nearby. Dong stayed in the lobby to prevent the family from leaving. She also called the prison head to come over to negotiate with the family.

The family members were kept for three hours, until 11:30 a.m. Prison head Wang and a 610 Office agent arrived to negotiate with the family about Ms. Liu’s medical parole. They denied the family’s request for unconditional release. Family members had no other options, so they agreed to apply for medical parole. Dong also told the family to return to the prison hospital in the afternoon and persuade Ms. Liu to comply with treatment. She said, "If she still refuses to cooperate, you just pin her down, and I will give her an injection."

On April 21, 2011, two guards from the prison visited Ms. Liu Xiufang’s family and told them to sign a "probation decision." Ms. Liu's son signed the paper and agreed to take her home. The police told the family to collect signatures from the relevant departments; however, the Jianshe Police Station and the city 610 Office refused to grant Ms. Liu medical parole, labeling her a “serious felon.” The prison guards told the family to find a way to get the needed signatures. On April 22, the family and two prison guards went to Xiangyang Police Department but heard only another official refusal.

The family demanded Ms. Liu’s immediate release, but the prison guards said that the process was ongoing, and there was nothing they could do.

Now, Heilongjiang Prison Hospital officials have sent Ms. Liu back to the prison, accusing her of not cooperating with their treatment.

“Regaining My Sense of Pride in Dafa”