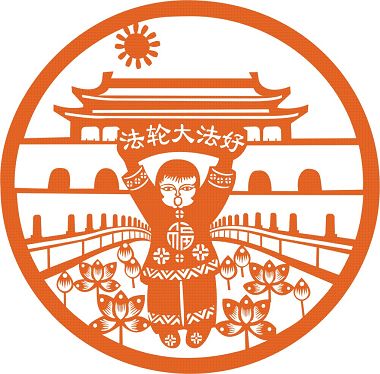 This paper-cutting image is of a girl surrounded by lotus flowers holding up a banner in front of Tiananmen Square. It reads: “Falun Dafa is Good.” Since the Chinese Communist Party started to openly persecute Falun Gong in July 1999, thousands of practitioners have visited Tiananmen Square—a symbol of authority and power—to appeal to the government to stop the persecution and restore the reputation of Falun Gong and its founder, Master Li Hongzhi. Many practitioners have been arrested, detained, taken to forced labor camps, and even tortured to death.