(Clearwisdom.net) The Guizhou Women's Forced Labor Camp is located in Qingzhen City, Guizhou Province. The torture suffered by Falun Gong practitioners there is severe and brutal.

Falun Gong practitioners are threatened, beaten, cursed at, prevented from sleeping, searched, forced to attend brainwashing sessions, forced to write the three statements, limited on family visits, etc. Their living conditions are very bad. They are forced to perform manual labor such as making shoes, stitching with beads, knitting, and so on.

Cases of the Persecution at the Guizhou Women's Forced Labor Camp

Yuan Xueli was an official at the Guandian Industrial and Commercial Bureau in Xishui County, Zunyi Area, Guizhou Province. In July 2004, she was persecuted by the CCP, and was sent to Yangai Prison in Guizhou Province for three years of forced labor. In May 2008, she was sent to the Guizhou Women's Forced Labor Camp for a two-year term. After the term ended, she was directly sent to the Lannigou Brainwashing Center and was persecuted there for half a year. In November 2010, she left home and went from place to place to avoid further persecution. 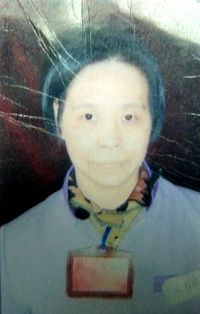 Practitioner Tang Jianhua also refused to give up her belief. Police Section Leader Wu Xia deprived her of sleep. Police took turns brainwashing her, and they also instigated collaborators to attack her. Forced labor camp officials induced her family members to come to the labor camp to criticize her in order to destroy her will and torture her psychologically.

A practitioner from the Sixteenth Section refused to write a guarantee statement to give up Falun Gong. She was forced by police to watch videos slandering Falun Gong. Practitioners from the Fifth, Sixth and Seventh Sections refused to cooperate with the officers, and so were denied the right to use the restroom. Zeng Chengqin, who was being forced to give up her belief under pressure, was assigned to the Eighth Section. She told officer Zhu that practicing Falun Gong was not illegal. She was then sent back to the Fifth Section for brainwashing. The labor camp also contacted her husband and told him that she had not given up Falun Gong, and instigated her husband to divorce her. As of now there is no one to take care of her son.

The division leaders in charge of persecuting practitioners are Huang Xia and Wu Xia. Officer Leng Xuan groped female practitioners' private parts in the name of performing a “body search” at the end of February. Li Fufeng from the Tongzi, Zunyi Area ended up giving up her belief due to the pressure, and started to actively participate in the persecution.

However, Yuan Xueli, Zeng Chengqin, Yang Liangying, Cui Jianhua, and Xie Shuqin declared their intention to resume practicing Falun Gong, and that the written statements they were forced to sign were null and void.

The living conditions inside the labor camp are terrible. The flowers, lawn, dining hall, education building, hospital, bathhouse, fitness room, computer room and counseling center are just for show. Items like the nice curtains, comforter covers, bed sheets, washbasins, and glasses have been used only once in several years. Inmates have to pay three yuan each month for everyday sanitation goods.

The labor camp charges for meals, but the quality of the meals is very bad. There is a nice dining hall that was used only once when the superiors came to do an inspection. At that time, people lined up to get food and dine together for show. The same thing happened with the education building. When a group of visitors comes, the labor camp will organize inmates to sit in the education building with books. When the tour ends, they are ordered to go back to workshops to perform forced labor right away. According to the published rules, inmates can work half a day and study half a day at the labor camp. But in this labor camp, not a single person works half a day and studies half a day. All of the tests, records of classes, and class schedules are fabricated by police in order to get education funding. Some divisions have to work over ten hours every day. Some stitch with beads. Those who make shoes have to bring them back to their rooms to finish them after hours. The Second Team of the Second Division makes leather shoes. In order to finish orders, officers instigate the production supervisors to beat inmates. The monthly income of the division is over 10,000 yuan. There are fewer than twenty officers in the division, and they share the profits.

The drinking water is not disinfected or purified. The water after boiling has a lot of sediment. People have to let the sediment settle before drinking. During the rainy season, there are also bugs in the water. Those who consume the water often get rashes on their bodies. People also cannot sleep at night because of the large amount of bed bugs, which result in cross-infections. It takes a long time for the skin rashes to heal. Sometimes the rashes become purulent. Before the auditors or visitors arrive, the police will use white chalk to cover up or scrape off the blood marks which are left by killing the bed bugs.

According to the official rules, a meal should contain vegetables and meat, but the vegetables are actually animal feed. The meat is scarce, and the quality is bad. There is equipment to boil water, but no one is allowed access to that equipment. The bathhouse is only used during audits. Inmates have to pay to see doctors, and only severely ill inmates can be hospitalized. The hospitalized patients still need to participate in the forced labor, such as planting vegetables, digging up dirt, and moving fecal matter. The production supervisors are also required to make meals and wash clothes for the officers, and fetch water for them to wash their faces and feet in. Officer Li brings his family's clothes for inmates to wash.

The “Psychological Correction Center” was renovated last year in an attempt to get the “Civilized Unit” award. The majority of the education funds received by the labor camp is embezzled by officers. Only a small portion is used to buy notebooks and tests to deceive auditors.

The Guizhou Women's Forced Labor Camp also makes promotional videos to showcase the lawn, modern equipment, and people reading in the classroom. Their goal is to make money through government funding, even though these facilities are not put to use.