(Clearwisdom.net) On March 30, 2011, several city council members in Edmonton, Canada received a strange e-mail. The sender of the e-mail, calling themselves “Falun Gong practitioner Simone Yuang,” referred to the recent earthquake in Japan, saying, “the victims were punished.” Then the sender, using offensive language, requested the elected officials to go see the Shen Yun show “to avoid such a tragedy.” Ms. Shar Chen, spokesperson for the Edmonton Falun Dafa Association, believes that the e-mail was from Chinese Communist Party (CCP) special agents, in an attempt to defame Falun Gong.

Shen Yun Performing Arts is scheduled to perform in Edmonton later in March. Ms. Chen believes that the sender of the e-mail is intentionally spreading lies to local governmental officials in order to defame Falun Gong and discourage them from attending the Shen Yun performance.

One city council member said that he was not deceived by this e-mail and he was going to see Shen Yun with his family as planned.

Auckland Councilor: The CCP is behind the slanderous e-mails

While the country was mourning the deaths of residents in Christchurch, New Zealand, after the February 22 earthquake, CCP special agents sent out fraudulent e-mails purporting to be from Falun Gong practitioners to the Auckland, New Zealand city councilors. The e-mails claimed that the earthquake occurred in Christchurch because the people there did not believe in Falun Gong. Clearly, the goal of the spurious e-mails is to mislead people and turn them against Falun Gong.

Auckland Councilor Dr. Cathy Casey was shocked to receive such an e-mail. She believes that the Chinese regime is behind the deceit, because not long ago, all the Auckland councilors received official e-mails from the Chinese Consul General defaming Falun Gong and suggesting that people should not attend the Shen Yun Performing Arts show which was scheduled to play in Auckland in February 2011. 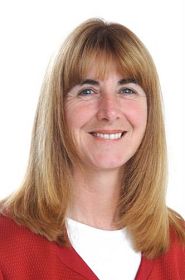 “The people who practice Falun Gong, to the best of my knowledge, are peace-loving people,” said Dr. Casey.

“The purpose [of the e-mail] was to bring Falun Gong into disrepute, and I can assure you that that hasn't happened as far as Auckland councilors are concerned,” she said.

Initially Dr. Casey thought that she was the only person who had received the e-mail. The same day, she heard other council members asking her about the e-mail and realized that the CCP was playing the same trick it did before with Shen Yun. 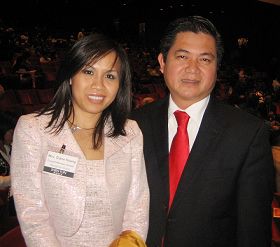 Mr. Al Hoang, City Council Member from the City of Houston, and his wife

Mr. Hoang said he knows that these messages are not from Falun Gong practitioners and he has never been deceived by the CCP’s attempts to defame Falun Gong.

The Falun Dafa Information Center issued a press release on March 10, exposing the CCP's attempts to defame Falun Gong by sending fraudulent e-mails to elected officials. The press release reported, “One message sent to a U.S. senator's office, which contained threatening and irrational language, was sent from an IP address traced to a government complex in Hubei province. The message dated January 12, 2011 was disguised as having been sent by Erping Zhang, one of Falun Gong's main spokespersons.

According to the press release, “Following a brief introduction thanking the senator's office for past support, the note makes a series of unusual demands including that the senator and his family should practice Falun Gong. It then ends with a threat to 'launch our numerous supporters in your state and large number of practitioners to veto you and your team in the next round' if these steps are not taken.'”

The report stated, “Such heavy-handed proselytization and threatening demands go against basic tenets of the Falun Gong practice.”

Spokesperson Erping Zhang said, "As the Communist Party finds that people in the West can see through their direct propaganda and vilification of Falun Gong, it resorts to this kind of underhanded tactic to make practitioners appear irrational, push would-be supporters away, and indirectly justify the torture and killing of innocent people in China."

Zhang continued, "These fraudulent e-mails are part of a much broader campaign of misinformation, cyber attacks, and online espionage carried out by Chinese agents against Falun Gong practitioners outside China. We encourage those who might come in contact with future messages such as this to be on their guard and immediately alert the Falun Dafa Information Center to check the authenticity of the information."

“Selection from Call for Articles: Fracture Healed without Medication”