(Clearwisdom.net) Mr. Feng Qingdong, an employee of the Thomson Reuters Beijing Office, was arrested at his rental residence in the TiantongYuan Community in the Changping District on the afternoon of October 23, 2011, by officers from the Dongxiaokou Police Station. He has been held for over a month. His supervisors want him to go back to work and his mother wants him to return home. 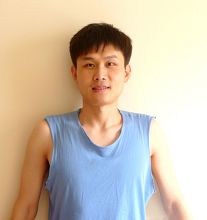 Mr. Feng Qingdong, 31, was born in Chaoyang City, Liaoning Province. His father died when he was only 12, so he and his mother rely on each other. He entered the Beijing Foreign Studies University with excellent academic scores. He now works at Thomson Reuters Limited and is a key member of the company.

Mr. Feng started practicing Falun Gong because he suffered from prolonged headaches. Shortly after he started the practice, his headaches disappeared. He is nice to others and works hard. He is very well liked in his company. Nonetheless, because he practices Falun Gong he was arrested and taken to the Changping Detention Center.

Mr. Feng is still being detained. His arrest has meant hardship for the company's operations and his supervisors hope he can return to his position soon. His mother is worried about him and wants him back. His friends and family are also wondering when he will return.

“Spending Every Minute As If It Were Two”