(Clearwisdom.net) Jiaozhou City 610 Office in Qingdao City, Shandong Province set up the Zhangjiatun Brainwashing Center in 2000 in Xinan Township in a remote area, far from downtown. A large number of Falun Gong practitioners are detained there and have been subjected to mental torment and physical torture. 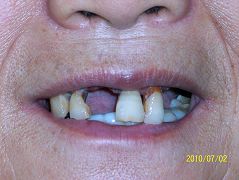 A practitioner's teeth were knocked out 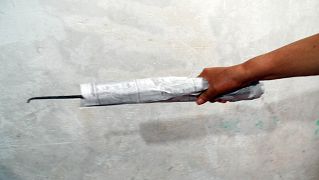 Practitioners who have been subjected to this type of torture experienced long-term eating difficulties, they quickly became thin, and lost a lot of weight.

The above-mentioned cases of gross abuse and torture are only the tip of the iceberg in the Zhangjiatun Brainwashing Center.

“Mr. Wang Zhigang Is Almost Blind as a Result of Persecution in Prison”