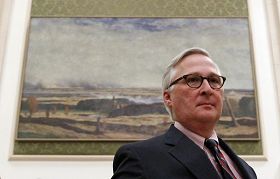 In a speech given to the Royal Canadian Military in Toronto, CSIS Director Fadden said that some Canadian politicians, including unnamed provincial cabinet ministers and municipal employees, are under the influence of foreign governments. According to the Star, Fadden told the audience of the "growing number of instances where attempts are being made to influence surreptitiously, in secret, covertly, municipal, provincial and federal politicians."

The Star report went on to say that, "It had been the question-and-answer period at the end of his presentation that garnered the most interest when he named China as being an espionage aggressor and accused provincial cabinet ministers in two unnamed provinces and "several" municipal politicians in British Columbia of being "under the general influence of a foreign government."

Fadden said he will be presenting a report within weeks to the government that will name names.

"Confucius Institutes" are under CCP control; Falun Gong is among the targets

The CSIS director said in his candid question-and-answer session at the military institute that China specifically is funding a series of Confucius Institutes in campuses across Canada.

Josh Wingrove, in a column for the Globe and Mail (Canada's national newspaper) entitled "China's diplomacy skirts the boundary of lobbying and espionage," says that, "China has a long track record of putting pressure on Canadian politicians, working relentlessly to burnish its image by attempting, for instance, to slander the Falun Gong movement."

"They wine and dine Canadian officials. Former Vancouver mayor Sam Sullivan and Ottawa Mayor Larry O'Brien both visited China and later blocked Falun Gong demonstrations, citing diplomatic and economic interests. A council in tiny Port Alberni, B.C., in 2008 rejected a request for the town to recognize Falun Gong month at the urging of a Chinese diplomat who had visited the town earlier." The article said that "observers overwhelmingly agree that China is enlisting the help of Chinese Canadians by citing common heritage and personal relationships, or guanxi, and using them as intermediaries to gather information and shroud Beijing's involvement."

“Column in the Ottawa Citizen - Foreign influence a fact in Canada”