(Clearwisdom.net) On Friday, July 10, Falun Gong participated in the annual Calgary Stampede Parade. The following morning, several dignitaries attended a rally to welcome the Divine Land Marching Band and area Falun Gong practitioners, and to thank them for participating in the Calgary Stampede Parade. The rally was followed by a Falun Gong parade through Calgary's Chinatown. The Honorable Jason Kenney, federal Minister of Citizenship, Immigration and Multiculturalism, and several local politicians attended the rally. In his speech, Mr. Kenney thanked Falun Gong practitioners for their contribution to Canadian communities. 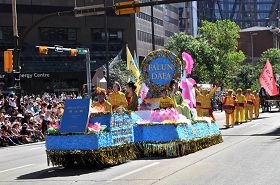 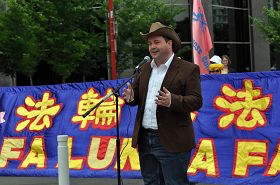 Mr. Kenney said he respects Falun Gong practitioners, who bring great gifts to Canadians. These gifts include the values of peace, spirituality, freedom and conscience. Mr. Kenney said Canada is a shelter for those who seek freedom of religion and thought. "All Canadians stand in solidarity with Falun Gong and Falun Dafa practitioners in China."

"I may say as the Minister of Immigration, we are glad that Canada has given refuge and protection to many practitioners of Falun Gong, Falun Dafa, who otherwise might face terrible persecution."

He said the Calgary Stampede is about freedom, so it is important that Falun Gong practitioners participate. 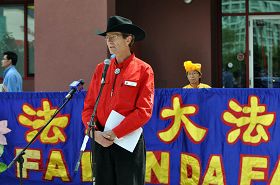 Dr. David Swann, Leader of the Opposition in the Alberta Legislature,

Dr. David Swann, the leader of the Alberta Liberal Party and the Leader of the Opposition in the Alberta Legislature, gave a speech. He said he admires Falun Gong practitioners' courage and pursuit of freedom and justice. He said that practitioners manifest the spirit of the Stampede: loyalty, compassion and persistence. He supported practitioners and praised them for their contribution to China, human rights, and Canada. "Long live Falun Dafa." 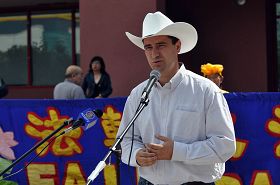 Rob Anderson, Member of the Legislative Assembly of Alberta, gives a speech.

Rob Anderson, Member of the Legislative Assembly of Alberta, and other local politicians spoke and expressed their support for Falun Gong.

The following day, practitioners put on a Falun Gong parade in Calgary's Chinatown. 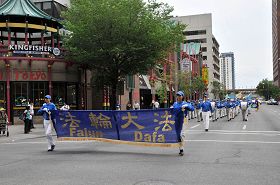 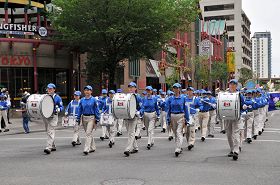 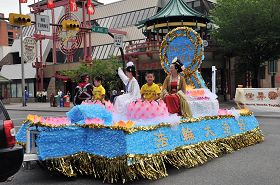 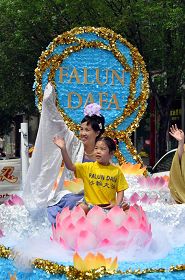 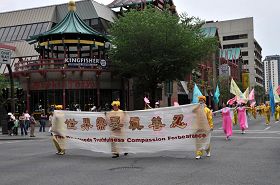