Jiamusi Prison of Heilongjiang Province looks grand from the outside, but hideous crimes are hidden behind its walls. The former provincial Zhilian Jiangkou Prison and municipal Jiamusi Prison merged to form the Jiamusi Prison on October 24, 2003. It is located on the lower north shore of the Songhua River, opposite Jiamusi City. 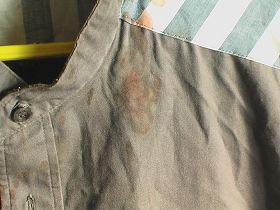 At about 8:30 a.m. on August 7, 2007, guard Han Jibo from Section 3 District 4 of the Jiamusi Prison (who has since been transferred to Section 2) called Mr. Tan Fengjiang into the guard room for an interrogation. The guards asked Mr. Tan what he did the night before. He answered that he practiced the Falun Gong exercises. The guards then ordered him to promise that he would not do them again, but he refused. Han Jibo punched him in the face and kicked him. Prisoner Wang Guoqing also joined in the attack and viciously struck the left side of Mr. Tan head from behind, causing a 2 to 3 centimeter split in his ear. As Mr. Tan fell down, blood poured onto his clothes and the floor. As a result of this torture, most of Mr. Tan's earlobe got detached and he still has difficulty hearing to this day. 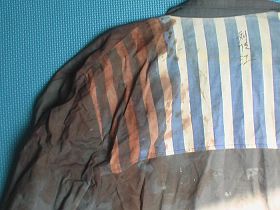 In late March 2009, Feng Zhongqing, deputy chief of the prison reform section, and guard Du tried to force Mr. Liu Zhuanjiang to admit that he voluntarily wrote a guarantee statement. Mr. Liu refused. As a result, Feng Zhongqing and Du tortured Mr. Liu with batons and kicks. Liu smashed into a metal cabinet in his effort to escape the persecution, and blood splattered everywhere on his clothes and the floor. [Editor's note: Mr. Liu's action was entirely a result of the Chinese communist regime's brutal persecution. However, it was not in accordance with Falun Gong's principles that prohibit harming oneself or others.]

The Chinese Communist Party (CCP) is relentless in persecuting Falun Gong practitioners, as evidenced from secret CCP documents obtained by Clearwisdom contacts. One of the Party's instructions to its cadres directs them to "count killing as suicide." Another instruction discusses the use of "drug treatments." Many practitioners have been injected with unknown drugs that have induced trance-like states, dementia, and even death.

The CCP has dumped huge amounts of money and manpower into the suppression of Falun Gong. They have built and expanded prisons, forced labor camps, and detention centers throughout the country to persecute a group of good people. According to incomplete statistics gathered by the Falun Dafa Information Center, more than 3,400 Falun Gong practitioners have died, and many more have been injured or disabled since July 1999 as a result of the persecution. The true numbers are believed to be much higher, but are difficult to verify due to immense cover-up efforts by the CCP.

Mr. Dai Qihong, a former guard at Mudanjiang Prison, was sentenced to five years in prison for practicing Falun Gong and clarifying the truth. He has suffered beatings and electric shocks by prison guards and criminal inmates. His mouth festered due to electric shocks. He has not been able to eat and is currently in critical condition. On August 18, 2010, Mr. Dai refused to do forced labor in order to protest his illegal detention. Wang Yantao, chief of Section 3 in the prison's District 1, ordered prisoners to beat and then drag him to the workshop. They shocked sensitive parts of his body with electric batons.

Mr. Zhang Minghui, a high school teacher from Yonghe Town, Jidong County, was sentenced to seven years of imprisonment. He has suffered from all kinds of torture conducted by the guards and inmates in Jiamusi Prison. Lai Baohua, sub-district head, rewarded prisoner Jiang Meigeng for abusing Mr. Zhang and said he could do whatever he wanted to him as long as he didn't die from it.

Since July 2010, officials from prison District 2 have conducted another round of persecution against Falun Gong practitioners, which they called the "five stops." This included stopping family visits, phone calls, and all other forms of communication. This lasted two months. Seven practitioners were also subjected to physical abuse and torture: Hou Xicai, Li Rongtang, Zhang Chunbo, Zhang Yuezeng, Duan Tilin, Sun Ren, and Yan Dashan.