(Clearwisdom.net) "Every time I shouted 'Dafa is great!' Zhang Chengmei would shout 'Dafa is great!' from across the hallway. A day or two before she was tortured to death, I stopped hearing her echo when I shouted, and that was when I really worried about her," recalled Ms. Chen Zhenbo. The following is Ms. Chen's account of Ms. Zhang Chengmei's extraordinary courage in upholding her belief while enduring ever escalating torture and eventually confronting death itself.

My name is Chen Zhenbo. I have become handicapped as a result of beatings sustained in the Wangcun No. 2 Women's Forced Labor Camp in Shandong Province. During the weeks that led up to Ms. Zhang's death, I was held across the hallway from her. Here is what I know about the torture she endured, which eventually took her life. 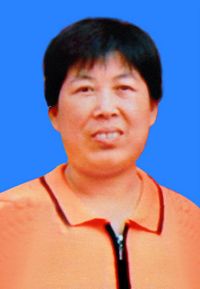 Ms. Zhang Chengmei lived in Yeyuan Town, Linqu County, Shandong Province. Officers from the Domestic Security Division of the Linqu County Police Department broke into her home and arrested her on December 8, 2009. Around New Year's Day, she was taken to the Wangcun Forced Labor Camp. She was registered in the No. 2 Class of No. 2 Division. However, she was held in the labor camp guards' office, across the hallway from the restroom where I was held in isolation.

Guards ordered several inmates to monitor Ms. Zhang, and they beat her viciously. These inmates included Wang Zhi (a drug offender from Sichuan Province), Lin Kailin (a prostitute from Yantai City, Shandong Province), Zhao Liqin (a prostitute from northeastern China), Cai Yun'e (a former practitioner who turned against Falun Gong from Dongying City, Shandong Province), Sun Xiaoli (a looter from northeastern China, living in Rizhao City, Shandong Province), and Zhao Sini (a thug from Linyi City, Shandong Province). Lin Kailin often came to where I was held to talk with Sun Xiaoli, who was put in charge of persecuting me, about how they beat Ms. Zhang. I also heard the beatings. They took place every day and for extended periods of time. They did not give her food or water. They denied her use of the restroom. They did not let her wash her face or brush her teeth. Ms. Zhang was also forced to stand for long hours. The inmates filled her mouth with a urine-soaked cloth. Sun Xiaoli and Lin Kailin said that they had trouble getting rid of the urine smell on their hands no matter how hard they scrubbed after they had soaked the cloth and shoved it into Ms. Zhang's mouth.

Cai Yun'e, Lin Kailin, and other thugs tried to force Ms. Zhang to curse Falun Dafa and Master. Ms. Zhang instead shouted, "Dafa is great!" I would then hear them beating her, things smashing into the wall, Ms. Zhang falling to the ground, etc. On one occasion, Zhao Sini broke the handle of a broom while beating Ms. Zhang. Zhao also beat me. She was fierce when she punched me in the face. Sun Xiaoli, under the order of Zhao Wenhui (head of the No. 2 Division) and Zheng Jinxia (head of the No. 2 Class), often viciously beat Ms. Zhang. When Sun left the restroom where I was held, I would shout "Dafa is great!" She would then rush back to hit me. I tried to persuade her not to beat Ms. Zhang. Zheng Jinxia yelled at me, "I am not playing around! You are a dead woman if you tell anyone what's going on here!"

One day when Sun Xiaoli went to join other inmates in beating Ms. Zhang, I shouted, "Dafa is great!" Zhao Wenhui and Sun Xiaoli rushed back into the restroom. Sun punched me in the back. Zhao threw me to the ground and beat on me. They tried to keep me from shouting, "Dafa is great!" I told them, "I'm already handicapped as a result of your beatings. Don't make me more handicapped."

Every time I shouted "Dafa is great!" Zhang Chengmei would shout "Dafa is great!" from across the hallway. A day or two before she was tortured death, I stopped hearing her voice when I shouted. That was when I became really worried about her.

Around February 5, 2010, at 2:00 a.m., I was woken up by people in a panic. Half a dozen labor camp guards rushed in and out. They walked in a hurry and talked in panicky voices. I clearly heard Wang Jun, the labor camp political commissar, saying in a rush, "Look for medical records! Look for medical records!" I never heard about Ms. Zhang Chengmei or her voice after that.

The next morning, two people dragged me to the consultation room. They did not allow me to go back to the restroom. I knew something was terribly wrong with Ms. Zhang. That day I saw Lin Kailin in the consultation room. I asked her, "Where is Zhang Chengmei?" She pretended to be calm and replied immediately, "I don't know."

When Ms. Zhang was taken to the labor camp, she was healthy and sturdy. When I saw her a little over a month later, she had become emaciated and was unrecognizable.

After my release, I asked about Ms. Zhang. Later I learned that she had died in the labor camp hospital on February 6. When her family saw her body, they noticed that her teeth were missing, and her arm was broken. When she died, she was nothing but skin and bones. The police did not allow her family to take pictures and hastily had her cremated.

Note: For the report on the author's own suffering in the labor camp, please see the following articles:

"Disabled As a Result of Repeated Beatings and Torture: Personal Account of the Horrific Persecution Endured by Ms. Chen Zhenbo (Photos)" (http://www.clearwisdom.net/html/articles/2010/8/20/119384.html)