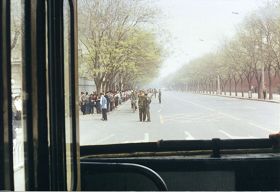 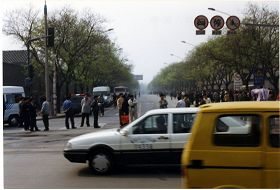 I was standing at the north end of Fuyou Street when I took the photo facing south. On the left side is Zhongnanhai, and on the right are practitioners staging a peaceful appeal. Fuyou Street is between the practitioners and Zhongnanhai. Standing across the street are plainclothes officers and uniformed police blocking the road.