Speaking Out on NTDTV's Lawsuit against Eutelsat, Hong Kong Legislators Call on International Community not to Appease the CCP (Photos)

(Clearwisodm.net) On November 5, 2009, a hearing was held in a French court on NTDTV's lawsuit against Eutelsat for shutting down its signal to Asia. Several members of the Hong Kong Legislative Council expressed their support and called on the international community not to appease the Chinese Communist Party (CCP) out of economic self-interest. 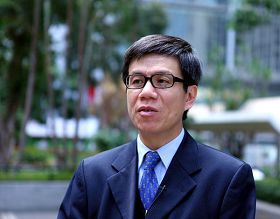 Andrew Cheng, member of the Hong Kong Legislative Council, is a lawyer. He said the lawsuit has significant meaning and NTDTV should be supported for broadcasting to China. He said, "I wish the whole world would support a China with freedom of speech, not a China with a censored press."

Albert Chan Wai Yip, a member of the Hong Kong Legislative Council, hoped that the lawsuit would catch the attention of the international community, "Each government should pay attention to the NTDTV's plight. In China, there is no freedom of speech or freedom of the press. More pressure should be applied to the Chinese government to have freedom of press realized step by step."

Mr. Chan called on democratic countries not be blinded by short-term economic interests, "If the CCP can block NTDTV's signal today, it can also affect those countries who have commercial trade with China in the long-term if they do not speak out because of economic self-interest." 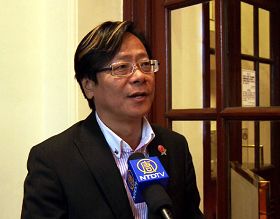 Several members of the Legislative Council thought that the blocking of NTDTV's signal indicates the CCP's weakness. Mr. Chan said, "The CCP suppresses freedom of speech. We must condemn it. Whether it's using violence against reporters, or suppressing freedom of the press by using technical or systemic means, all of these indicate a weak regime, as it does not want to hear different voices."

Mr. Cheng said, "There is worry that changes in people's thoughts and values can affect the government's control. It means the government has no confidence in itself, so it fears that freedom of press could affect its power."

Mr. Leung Kwok-hung, member of the Hong Kong Legislative Council, said, "I hope the court can deal with the lawsuit based on the European Convention of Human Rights. If this cannot be ruled an injustice, it would mean that the convention is useless. I hope the court can uphold justice."

The court hearing was scheduled on October 13. Eutelsat submitted a large amount of information at 11 p.m. on the eve before the hearing, so the Paris Court decided to postpone the hearing until November 5, 2009.