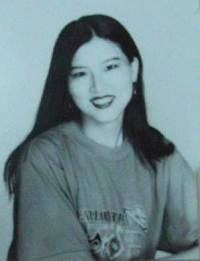 Ms. Hu Ying, a practitioner in Tieling City, was arrested by the police in July 2008. She was taken to the Liaoning Women's Prison and severely abused there, causing her to be hospitalized several times. Recently, when her family members visited her, they found that Ms. Hu had become mentally confused and did not even recognize them. The police in the prison asked the family members to pay them 300 "yuan" for the medical bills, and showed them the hospital record showing that she had been diagnosed with schizophrenia.

Even though Ms. Hu is mentally ill, the prison would not release her and she is still being held in Ward 2. The following is a brief summary of the persecution that Ms. Hu has suffered:

After the Chinese Communist Party (CCP) began persecuting Faun Gong in July 1999, Ms. Hu went to Beijing to appeal for Falun Gong several times. She was arrested repeatedly in the past ten years, and has been held in the Tieling Re-education Center, the Liaoyang Re-education Center, Shenyang Masanjia Re-education Center and Liaoning Women's Prison. She has endured various tortures including solitary confinement, electric shock, strenuous forced labor, sleep deprivation, and being forbidden to use the bathroom.

In April 2005, she was sentenced to four years in prison. During her detention, she developed kidney problems. The prison released her since she was dying, at which time she weighed only a little over 100 pounds and was unable to walk.

Even though she was sick at home, Ms. Hu was still hassled. The CCP agents in her neighborhood went to harass her every day until she was forced to leave her home.

On July 4, 2008, the police department in Diaobingshan City arrested Ms. Hu again under the pretext of maintaining security for the Olympics. They handcuffed her, hung her up and beat her. On July 6, the police took her to the Tieling Jail and then took her back to Diaobingshan Jail on September 29.

In January 2009, the police department in Diaobingshan City transferred Ms. Hu to the women's prison in Shenyang City. The prison refused to admit her since she failed the physical exam. Not willing to give up, the police offered the money they seized from Ms. Hu's home to the prison, after which the prison accepted her.

“Thinking of Auntie Zhang as the Mid-Autumn Festival Approaches”