(Clearwisdom.net) On December 22, 2008, officials at the Huanggu District Court in Shenyang, Liaoning Province put Falun Gong practitioners Mr. Zhao Zhanbo and Mr. Chen Xinye on trial. Although it was called a public trial, court officials picked a very small courtroom. Under the pretext of the room being too small, officials permitted only one family member to witness the proceedings and refused to let others enter. 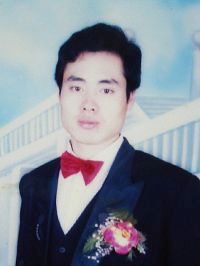 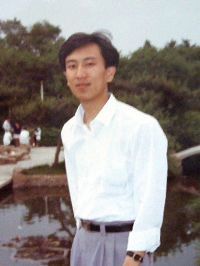 The two practitioners, Mr. Zhao Zhanbo and Mr. Chen Xinye, were gaunt and had gray faces from being locked up for almost eight months. But with their belief in Truthfulness-Compassion-Forbearance, they were still in good spirits and negated all criminal allegations. They said there was nothing wrong with practicing Falun Gong and becoming a better person, following the principles of Truthfulness-Compassion-Forbearance.

The lawyers also stated that the practitioners did not violate any laws.

The trial commenced at 9:00 a.m. on December 22. During the next six hours, judge Lin Fenglei tried to limit the time for the first lawyer, Jiang Tianyong, to put forth his defense. The hearing became heated at times, and the judge had to order a recess twice. When lawyer Jiang Tianyong was defending the practitioners, the jury member from the Party School told the judges, "He is giving us a lecture!"

The lawyer also pointed out that Falun Gong practitioners follow the principles of Truthfulness-Compassion-Forbearance, do not harm anyone, and do not violate any laws. Therefore, the criminal allegations against them were groundless. He demanded that the judge acquit them immediately.

Mr. Jiang also revealed that confessions had been extorted from the two practitioners under torture at the hands of officers from the Huanggu Police Department and Santaizi Police Precinct. The way the police obtained the "evidence" violated the laws and should thus be disregarded.

Finally, the lawyers asked the judges to respect the rights guaranteed by the Constitution and honestly face the truth and their own conscience to uphold justice and acquit the practitioners.

The trial ended at inconclusively 4:30 p.m.

Lawyer Jiang Tianyong's defense speech stunned the judges and the prosecutor into silence. In the end, Judge Lin Fenglei no longer chose to not listen to the lawyer's defending arguments. The court policemen and jury members were touched by the righteous atmosphere.

At the conclusion of the trial proceedings, a few court policemen emerged from the room and made the "Victory" hand sign to the family members, Falun Gong practitioners, and others in the hallway and said with humor, "The victory in today's trial belongs to you Falun Gong."

According to inside information, when the many practitioners and people that uphold justice came to the courthouse on December 24, plainclothes spies were monitoring them outside the court. 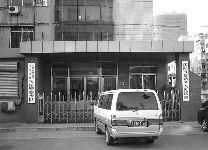 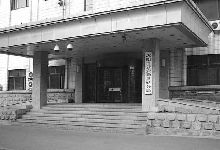 “My Experience of Starting to Practice Falun Dafa in Prison”