On April 15, 2008, the Belgian Flemish Parliament organized a hearing regarding China's human rights and the Olympic Games in the Brussels Parliament Building. Falun Gong practitioners were invited to attend.

The hearins was organized by the Flemish Parliament's Ministry of Foreign Affairs. The Flemish Greens and other Flemish interested parties put forward two motions requesting the Flemish Parliament, the Belgium Olympic Committee, and the athletes to take action and express their concerns about China's human rights violations. The hearing was chaired by the Chairman of the Flemish Ministry of Foreign Affairs and the Flemish Cultural and Sports Minister. Falun Gong practitioners; representatives of the Friends of Tibet, and Belgium IOC members were invited to speak and answer questions. The report of the hearing will serve as the main reference for Parliament Members to vote on the two motions. 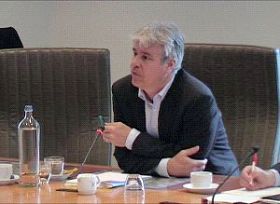 The Flemish Cultural and Sports Minister spoke first. He said that none of the Flemish government officials would attend the opening ceremony of the Beijing Olympic Games. "Of course, the Olympic Games is a very important occasion. It is an opportunity for us to try to improve China's current status and urge the Chinese government to pay more attention to the Chinese people's civil rights and the situation in Tibet." 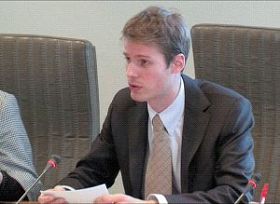 Nicholas added, "If we really want to help the Chinese people, if we really want them to enjoy full freedom and the fraternity of the Olympic Games, we should help them to speak out on the issue of human rights in China. Of course, we should have the right to express ourselves freely and should not be afraid to discuss the issue of human rights during the Olympic Games. "

“Hawaii: The Mayor of Honolulu Sends a Congratulatory Letter to the Divine Performing Arts (Photo)”

“USA: Politicians from the Midwest Send Letters of Congratulation to the Divine Performing Arts (Photos)”