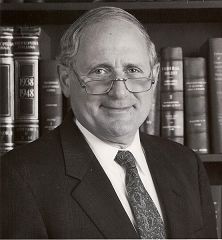 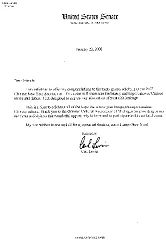 Letter from US Senator Carl Levin

I am delighted to offer my congratulations to the many guests celebrating the 2008 Chinese New Year Spectacular. The event will showcase the beauty of Chinese music and dance. I am delighted to express my admiration of your rich heritage.

This is a time to celebrate all of the hope that a new year brings, through classical Chinese culture.

My best wishes to you for a joyous celebration and a Happy New Year!

...to the Chinese New Year Spectacular as it makes it debut at the Detroit Opera House.

It is very exciting that you are bringing this outstanding production to Michigan. What a great way to celebrate 5,000 years of Chinese culture and the Chinese New Year. I know that everyone attending will enjoy experiencing the best of Chinese music and dance. Thank you for bringing our cultures together through this special performance.

Congratulations and enjoy the show! I hope that the Year of the Rat brings everyone good fortune and continued success.

As the Chinese people strove for freedom in Communist despotism, we as free people must remain devoted to the cause of human liberty and dignity throughout China and our world.

Congratulations as the men and women of Asian descent celebrate the Lunar New Year on Saturday, January 22, 2008.

It is an honor to recognize the Oriental Culture Association (OCA) of Michigan as it presents the New Tang Dynasty Television (NTDTV), Chinese New Year Spectacular as a gift to the city of Detroit. This is a great opportunity to reflect on many years of history, celebrating 5,000 years of culture each year worldwide and coming together to pay tribute to the very best of classical Chinese music and dance.

The Oriental Culture Association (OCA) and all who contribute to the success of the organization can certainly take pride in all that has been accomplished and look forward to an even brighter and more promising future.

Again, congratulations as you celebrate another year filled with joy and prosperity. I wish you well on this most auspicious occasion.

“San Diego: "It Was the Most Colorful and Extravagant Show I Have Ever Seen in My Life--Brilliant!"”