The Divine Performing Arts touring company, after performing in the eastern and southern US, arrived in San Diego, California, on January 15, 2008. That evening, the first presentation of the Chinese New Year Spectacular in California was held at the California Center for the Arts in Escondido. Four shows were scheduled for January 15-17. 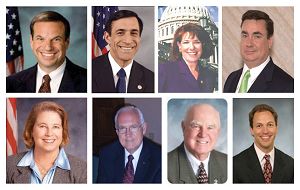 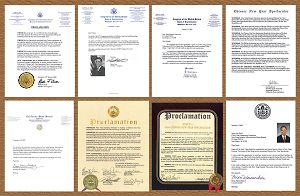 US Government officials in the San Diego region issued proclamations and congratulatory letters praising NTDTV and the Divine Performing Arts in promoting righteous Chinese culture and values, and exchange between different cultures.

In his proclamation, US Congressman Filner stated: "This spectacular reawakens the Chinese community to the majestic splendor and beauty of their 5000-year-old culture as the greatest names from the Divine Performing Arts of New York come together for an inspirational and exciting show of epic proportions.

"Through classical choreography, inspiring melodies, stunning costumes, and state-of-the-art background scenery displays, the celebration will be a wonderful cultural experience for the Greater San Diego community."

Mayor Morris Vance of Vista, along with four other city council members, jointly signed a proclamation that stated, in part: "...the mission of the Divine Performing Arts troupe is to rediscover and present the essence of true, traditional culture and to bring arts to the world that celebrate human dignity and positive values.

"...the dancers in the troupe are highly trained in Chinese classical dance, which involves great skill while performing dozens of distinctive movements, rhythms, and postures."

Mayor Claude A. "Bud" Lewis of Carlbad issued a proclamation that said: "NTDTV assists Chinese immigrants to adapt and assimilate to mainstream society and introduce the rich Chinese heritage to American society through its whole range of diversified programs, and NTDTV insists on media independence and ensures the free flow of information to and from China."

“Retired Teacher: "I Loved Every Minute of the Show" (Photo)”

“High School Teacher: "Each Program Has Its Own Spirit"”