Falun Dafa practitioner Ms. Wang Chunrong is a Certified Public Accountant in Dalian City. On the afternoon of August 14, 2007, the police illegally arrested her and her sister, Wang Chunying, when they were sharing experiences with other Dafa practitioners. At the same time, the Xincheng Accounting Firm she runs was searched and closed. Two Dafa practitioners, Yin Libin and Sun Mian, in the accounting firm also were taken away. 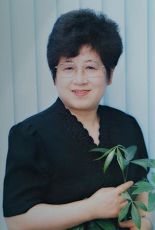 Between September 6 and September 8 of this year, the Davos Forum (i.e. the World Economic Forum) will be held in Dalian City. With the excuse of "Ensuring that the Davos meeting proceeds smoothly," the Dalian City government and the Dalian Politics and Law Committee ordered the police department to launch a united action to arrest Falun Dafa practitioners. About thirty-six Dafa practitioners including Wang Chunrong were arrested. In fact, it was the Chinese Communist Party (CCP) and its officials who caused chaos and instability.

Wang Chunrong has practiced Falun Dafa since 1998. Soon after she obtained the Fa, her health improved a lot. The heart disease, which had tortured her for dozens of years, disappeared. She was full of energy, and glowing with health. Many who saw her said: "Her skin is soft, smooth and has good color. She does not look like a sixty-year-old woman at all." At the same time, her values aspired to higher levels. She did not give thoughts to personal gain and loss, but always considered others first. She follows the principles of "Truthfulness, Compassion and Tolerance" and has strict requirements of herself at all times and in all situations. Her family became harmonious and happy. She is respected in society and beloved by her employees. The employees felt lucky to have such a good boss. The firm seemed like a family to everybody. Everyone helped each other, worked hard without complaint, and did not consider personal loss and gain. Although the work was hard sometimes, the employees' minds were full of sunshine.

Under Wang Chunrong's leadership, the accounting firm always followed the professional ethics of independence, objectiveness and justice, had an honest and upright working style and provided highly effective service. The firm is well recognized by professional associations, relevant governmental departments and clients. However, under CCP rule, social morality collapsed; deceptive economic practices are the norm, unfair competition among professional groups is prevalent and the filing of fake reports is widespread. One time, when Wang Chunrong's firm audited a large business in Dalian City, they found the company had hidden losses of many million yuan. The accounting firm exposed the enterprise's real financial situation justly and objectively in the audit report. However, as soon as the report was released, the firm received pressure from many departments of the upper authorities. The upper authorities demanded Wang Chunrong revise the audit report and said the auditing result must reflect "earnings," which could "cover up" the true financial situation of the enterprise and obscure useful evidence of its value on the market. The authorities also threatened that the audit fee would not be paid if the firm did not revise the report. Wang Chunrong decided to face the pressure and not revise the report even though the firm could not get paid. They would be responsible to the objectiveness and justice of the report, and to the professional ethics as Chinese certified public accountants. She often told her employees: "We must walk on a righteous path. We never give fake reports, never be corrupt to deceive people. We cannot discredit Dafa." As time passed, many people came to know that the "elderly woman" of the Xincheng Accounting Firm does not issue fake reports. Although they might lose some business, Wang Chunrong did not feel regret. As it turned out, the business kept growing and became better and better.

However, this outstanding businesswoman and member of society was arrested inappropriately by the police and her accounting firm was closed.

Based on peaceful and just principles, the World Economic Forum (WEF) has made a huge contribution in improving international economic collaboration and sharing. We call on Professor Klaus Schwab, the executive chairman of WEF, as well as the government officials, economic talents, experts and scholars from all countries who will attend the meeting, to address the concern of the brutal persecution of Falun Dafa practitioners that is happening in China, in order to "ensure the smooth proceeding of the Davos Forum."