"I wish to pluck fresh green leaves to wipe away your tears."

Matsuo Basho, a great haiku poet, visited the Toshodai Temple in Nara City, Japan in 1688 and wrote this poem while standing before a statue of the Chinese monk Jian Zhen. This sentence consists of only 17 syllables, but is elegant and conveys the author's sincere respect for Jian Zhen, which is why it is well-known and has been passed down through the generations in Japan.

1,243 years ago, Jian Zhen went to Japan as a cultural exchange envoy; in the year 2007, the Divine Performance Arts Troupe stepped on Kansai soil, the cradle of Japanese civilization. They went to Osaka, where the first group of Japanese envoys dispatched to the Tang Dynasty embarked, to disseminate the divine culture of the Great Tang Dynasty. 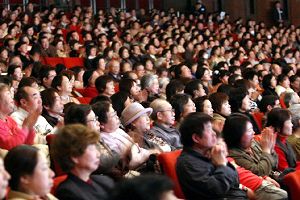 During two shows on March 10, the dance troupe not only transmitted the truth, compassion and beauty of the Great Tang Dynasty's culture, they also conveyed innumerable historic facts. They came with Truth that gives them free reign, disseminated orthodox divine culture, and inspired people's kindness and conscience while bringing them auspiciousness, compassion and beauty. Not surprisingly, the performance received high praise. 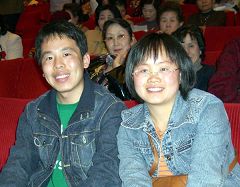 Yasuharu Matsuki traveled to Osaka from Hiroshima just to watch this show. He was touched from beginning to end, starting with the first program "Creation." He said, "I kept shedding tears. I strongly felt right then the presence of gods!"

The audience praised the performance with comments such as, "This is a highly skilled, world-class performance;" "Every program is so beautiful; the costumes, the movements, the performers--they were so wonderful! They revealed before us a heavenly paradise and the world of gods. It's magnificent!" "Outstanding! Extraordinary! I was touched from beginning to end, starting with the first program 'Creation.' I kept shedding tears. I strongly felt right then the presence of gods! I really cannot describe this in words. I'll tell all my friends and I'll bring all of them to next year's show." This show "conveys the connotation of seeking one's roots and seeking the roots of one's life. I really hope this wonderful show will go on for generations to come." The programs "felt as if gods were performing themselves; it moved me to tears." 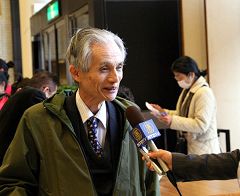 Koichi Hatada, the former vice president of Osaka University, said, "The songs were most touching. Although I didn't understand the lyrics, I felt something was conveyed to the audience through their performance; so at the end, they gave us a sense of hope."

Many political dignitaries from both the House of Representatives and the House of Councilors sent letters of congratulation to wish the show success. Some senators watched the show in person.

Mr. Hirofumi Hirano, a member of the House of Representatives, wrote in his letter of congratulation, "[The NTDTV Chinese New Year Spectacular] music and dance bring to life the luxurious glory of traditional Chinese culture. The elegance and beauty showers the entire humanity with wonderful bliss. This would certainly inspire people's pure hearts and awaken the peace and benevolence that is essential for cultural development in the world and that we all pray for." 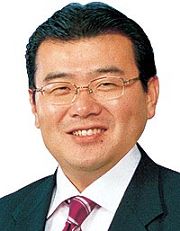 Mr. Takashi Otsuka wrote in his congratulatory letter, "For 2000 years, Japan has been showered with the blessings of various advanced civilization from China - the birthplace of world civilization - to this day." "The Divine Performance Arts Troupe tours across the four oceans and is active in five continents. They are goodwill ambassadors to all countries."

Mr. Yoshihiro Seki, a member of the House of Representatives, emphasized after having attended the performance, that his favorite part of the program was "A Dunhuang Dream." He said, "The root of Japanese culture is in China; many aspects of Japanese culture, including Buddhism, originated in China. Today, after watching this performance, this belief is even more reinforced: The root of Japanese culture is in China." He stated in his congratulatory letter, "I am infinitely pleased that the NTDTV Chinese New Year Spectacular, after receiving good feedback around the world, has put on public performances in Japan this year. I think the glorious ancient Tang culture would certainly plant seeds of predestined relationships in our hearts."

Mr. Takao Miida, a member of the Kshiwazaki City Council, said in his congratulatory letter, "People who cherish their traditional culture would certainly prosper, as history has proven. Therefore, the New Year performance, with the mission to disseminate the essence of Chinese divine culture, will most certainly create a new historical era."

Just as Mr. Miida had said, the Divine Performance Arts Troupe is a messenger spreading the magnificent divine culture during a new era. At the Dharma's end, they arrived in the land of Fusang [another name for Japan] and revealed the divine culture of the Great Tang to the Japanese people through artistic forms. The performances planted seeds of predestined relationship in Japanese people's hearts after learning the Truth and being showered by the divine culture of the Great Tang.

The grand feat and the historic significance from which the divine culture and compassionate message were disseminated by the Divine Performance Arts Troupe may not yet be fully and clearly realized by people. But in the near future, history will certainly verify that their historic achievement is grand and magnificent. The performers are the true messengers disseminating culture, and they are truly the angels of spreading bliss. As such, they will forever receive posterity's praise.

Centuries ago, Matsuo Basho wanted to wipe away monk Jian Zhen's tears when bowing before his statue. Jian Zhen was blind. We do not know whether he cried or not before, we could deduce that was Matsuo Basho's artistic imagination. Today, after having watched the Spectacular, many people spoke from their heart, "I kept crying and I simply could not stop." The performers "were like gods, and they moved me to tears." The feeling of being moved from the depths of one's heart is one of the most common feedbacks from the audience; it is not an isolated incident from one area or from some individuals, but a common phenomenon of the same nature.

It was said that before the show, many performers on the stage were trying their best to adjust their state of mind to avoid shedding tears. What is such a power that moves people so much? The audience has actually already given us the answer, because this show "conveys the connotation of seeking one's roots, and seek the roots of one's life;" "They revealed before us heavenly paradises and the world of gods in their entirety;" "I strongly felt right then the presence of gods!" In other words, the boundless compassion transmitted during the Spectacular transformed the audience; they were touched by the pure truthfulness, pure compassion and pure beauty the performances and their presenters exuded; they were moved by the broad and profound Chinese divine culture, and their natural selves were delighted and excited after their hearts were cleansed. This is an echoing effect that comes to the fore once a being responds to divine culture, and this is a specific manifestation of the essential inner strength of divine culture.

In history, Japan received the genuine divine culture from Great Tang Dynasty and has kept many of those cultural customs. The depth of the cultural relationship between China and Japan, the span of time, profundity and tremendous impact of Chinese culture on Japanese culture are unique. It is truly a "divine relationship." Today, the Japanese people welcomed the Divine Performance Arts Troupe, who disseminates the divine culture of the Great Tang Dynasty. It is indeed a "predestined relationship" that was forged in the heavens and now being realized in this world.