New York: "I See the Spirit of Compassion and Forgiveness in the Show." (Photos)

The eighth "Holiday Wonders" show was held at the Beacon Theatre in Manhattan on Christmas Eve. The show's elaborate dances, beautiful music and the profound culture was well-received by the New York audience. 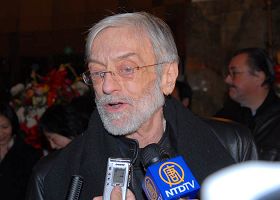 Charles Moody said that the songs reminded him of the Taoist spirit. He agreed that the principle of "Truthfulness-Compassion-Forbearance" is very important. 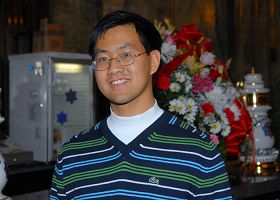 Kevin Park liked the harmony in "Water Sleeves" and the upbeat "Drummers of the Tang Court". 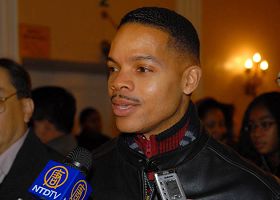 "I see the spirit of compassion and forgiveness in the show."

Charles Moody is a writer and editor. He said that two songs in the show made very deep impressions on him, "Truth Alone Sets You Free" and "Falun Holy King". Mr. Moody said that he likes the Taoist culture and studied Taoism in college. The songs reminded him of the Taoist spirit, and he agreed that the principle of "Truthfulness-Compassion-Forbearance" is very important.

Divine Performing Arts is a bridge for cultural communication between China

Kevin Park is a Korean-American, and he was excited by the show. His favorites were the water-sleeve dance and the drum performance. He said that the perfect cooperation between actors demonstrated traditional harmonious relationships in ancient China, as well as rich individual personalities.

Michael Ganbel is a consultant for Revlon. He has been to China and appreciates Chinese culture. "The 5000-year old Chinese culture is unique in the world," he said. "I liked all the performances today." In particular, he praised the dance "Power of Awareness," which shows that determination can overcome persecution.