The Holiday Wonders and the Chinese New Year Spectacular shows are performed by the Divine Performing Arts. They will perform in more than sixty cities around the world this season. The global tour begins at the Beacon Theatre in New York City and the Lyric Opera House in Baltimore, Maryland, on December 18, 2007.

US Senator Arlen Specter: It Is an Honor for Philadelphia to Host the Event 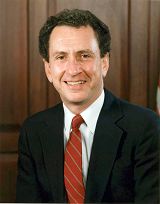 I am pleased to welcome the Chinese New Year Global Spectacular to Philadelphia at the Merriam Theatre, University of the Arts on January 4th thru the 6th, 2008, to celebrate Chinese New Year.

The growth of the annual tour, now performing in 32 cities, is impressive, and it is an honor for Philadelphia to host the event. I commend the NTDTV on its continued efforts to enrich cross-cultural understanding.

The exposure of multi-cultural ideas and traditions is a magnificent way to enrich and diverse culture of our city. I wish you luck in the celebration and a Happy New Year.

US Congressman Mike Castle: I Would Like to Extend Warm Wishes to All My Friends in the Asian American Community 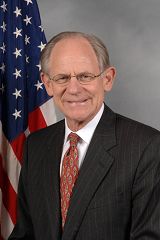 On this joyous Chinese New Year, I would like to extend warm wishes to all my friends in the Asian American community as we welcome in the Year of the Rat. The rat symbolizes great loyalty, perseverance, and triumph over adversity; characteristics that should serve to inspire us all to achieve great things throughout the year. Delaware is privileged enough to house a richly diverse and active Asian American community. On this festive occasion, Jane and I wish you all a very happy New Year!

US Senator Thomas Carper: The NTDTV Chinese New Year Global Spectacular Provides an Opportunity for People Throughout the Tri-State Area to Ring in the New Year 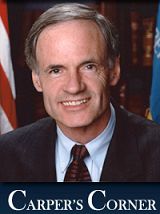 I would like to offer my most sincere welcome to all of you for the New Tang Dynasty Television's (NTDTV) Chinese New Year Global Spectacular on January 4-6 at the Merriam Theater at the University of the Arts.

I am pleased that the annual tour will again take place right here in Delaware's neighbor city of Philadelphia, thereby providing an opportunity for people throughout the Tri-State area to ring in the New Year. The Spectacular will offer thousands the opportunity to celebrate the Chinese New Year through live entertaining performances and will reach countless more through television. It is through such celebrations where our cultures can foster a better understanding of the incredible diversity of our region.

NTDTV's Spectacular has grown at an astounding rate since it's inception in 2004 and continues to support the network's message of cross cultural understanding, democratic values and pluralistic societies. For that reason and many more, I am pleased to wish you a Healthy and Happy New Year, a successful celebration, and urge the NTDTV to continue the great work they do worldwide!

With best personal regards, I am

Philadelphia City Councilman Jack Kelly: Thanks for Adding to the Rich Multicultural Atmosphere of Philadelphia 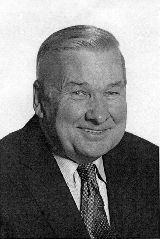 Please accept my sincere thanks for adding to the rich multicultural atmosphere of Philadelphia. The Chinese New Year Spectacular is a fun, family-oriented, and unique celebration of beauty and tradition of Chinese culture. It provides an educational opportunity for all those attending, and that opportunity is extended to many more people through the efforts of New Tang Dynasty Television. In Philadelphia and throughout the world, appreciation of other cultures can only lead to positive interactions, and I truly admire the Chinese New Year Spectacular organizers, sponsors, and participants for these important contributions.

Please extend my gratitude to all those involved in bring this event to Philadelphia.

Philadelphia City Council woman Donna Reed Miller: This Event Is the Beginning of a New Tradition in the City of Philadelphia 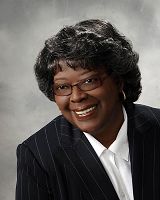 It is an honor to welcome the Chinese New Year and the great continuing endeavors of the Greater Philadelphia Asian Culture Center.

This educational organization is a wonderful resource for enhancing the well-being of all people in its targeted communities; promoting universal ideas of freedom, integrity, compassion, tolerance, justice and cross-group reconciliation; and extending the moral advancement of society.

In addition, GPACC encourages mutual understanding and serves as an available link between Asian American and other communities in the greater Philadelphia area. The organization hosts and supports a wide variety of events to achieve its objectives.

A host of people will be there to support the upcoming Chinese New Year. This event is the beginning of a new tradition in the city of Philadelphia and I am pleased to be a part of this historic event.

Philadelphia City Councilwoman Marian B. Tasco: I Look Forward to Partaking Firsthand in This Wonderful Marvel 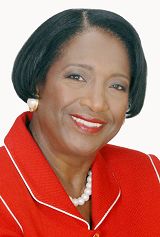 It gives me great pleasure to bring greetings to each of you during this most auspicious occasion. As in previous years, I am assured of the exciting and enchanting performances that will take place in celebration of the 2008 Chinese New Year.

The commitment of every participant to display China's rich heritage through perfectly choreographed song and movement is only a small portion of what makes this event most befitting of its name -- Spectacular!

This celebration has become a welcomed tradition in Philadelphia to which all of our citizens are able to treasure. Its success is a true testament of Philadelphia's unique ethnic, racial and cultural diversity. I look forward to partaking firsthand in this wonderful marvel in 2008 and in years to come.