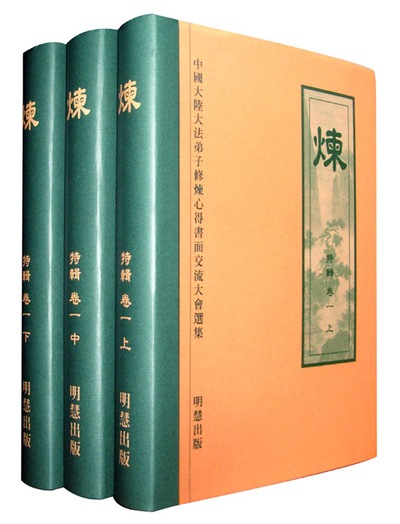 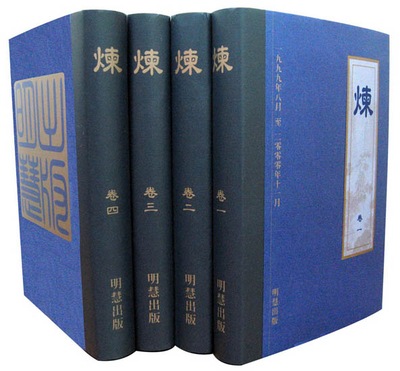 Based on conservative estimates, these two series will be composed of over 100 volumes. Tempering , Volume I, Issues 1, 2, and 3, which debuted in California in the United States in October 2006, marked the beginning of the publication and distribution of these two series. 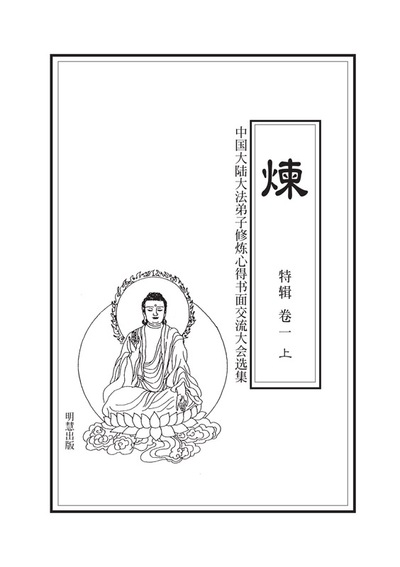 The traditional Chinese Confucius, Buddhist, and Taoist culture is a culture of cultivation. Historically, cultivation culture has been mysterious and hard to access, yet it has existed in all aspects of life. Cultivators in ancient times gave up worldly glory, prosperity, and enjoyment; entered Buddhist or Taoist temples; or disappeared into the mountains. Through ages of quiet cultivation and enlightenment, they reached the magnificent realms they enlightened to.

At the same time, ancient people acquired cultivation tenets in their daily lives as well as in what was passed down as trade secrets and in the evolution of professional skills. Respect for heaven, to be content with one's fate, to keep a clean and clear mind, to develop skills by enduring hardship, and to strive for the elevation of one's realm were all deeply ingrained into the lives of ancient people. This process can hardly be distinguished from one of cultivation.

What is the meaning of life? Why did we come to this world? Is this all there is, or is it only one episode in a more fundamental life? These questions remained a mystery to ancient people, especially ancient cultivators, and they searched for answers from the most remote ages.

Today, we live in a society driven by modern science and technology. Life is full of competition and stress, as well as enjoyment and temptations. Yet, questions about the true meaning of life remain. Modern science and technology cannot offer solutions on these issues. To the contrary, we are lost in contemporary life and drift farther and farther away from answers to these questions.

It could be that human history had been preparing for and paving the way for May 13, 1992. On that day, Falun Dafa was first introduced to the public. Falun Dafa has revealed the truth of cultivation in plain language and pointed out a way for cultivators to elevate their realms and reach consummation. Falun Dafa tells people that everyday society is where human hearts are tested.

Guided by genuine principles, stress, worries, and temptations are all good opportunities to test and improve oneself, through which a cultivator can truly elevate. Falun Dafa requires that cultivators take others into consideration in daily life, look for deficiencies in oneself all the time, and solidly remove attachments and improve xinxing. At the same time, Falun Dafa is a practice of both mind and body. One follows Truth-Compassion-Forbearance for xinxing improvement and does five exercises. The exercises consist of three involving movement, a standing stance, and the seated meditation. They help a cultivator reach the goal of cultivating one's body through relaxing the mind and body, healing illness and keeping fit, and transforming one's benti.

Among Falun Dafa disciples are average citizens, specialists, and scholars, as well as high ranking officials and wealthy business owners. Disciples cultivate in their own social strata by following the guidance of Dafa. Although they often study the Fa, practice the exercises, and share experiences, there is no hierarchy in cultivation, no organizational structure, and no money or other assets involved. Dafa disciples have their own families and jobs. They acquire information freely and voluntarily determine their participation or withdrawal. Only because Falun Dafa's principles target people's hearts directly, can it be spread in such a formless approach of the Great Way. In a few short years, Falun Dafa spread across China and to many countries overseas. The number of practitioners around the world reached 100 million.

Cultivators and those with beliefs throughout history have faced severe tests. Falun Dafa disciples are no exception. On July 20, 1999, the evil regime of the Chinese Communist Party (CCP) started to persecute, suppress, slander, and falsely accuse Falun Dafa. However, after seven years of lies and violence, the CCP has failed to weaken Dafa disciples' resolve. Instead, Dafa disciples have become more mature through the tempering. Dafa's Master has told cultivators that everyone's coming to this world has a profound meaning, which could transcend one's lifetime, even all the lifetimes one spent in the human world. Disciples' cultivation is tightly coupled with this meaning.

For this reason, this destructive test is what Dafa disciples cannot acknowledge or accept. As a result, they have been resisting and negating this persecution while persevering in cultivation. At the same time, they are doing everything they can to clarify the facts to all social circles, taking into consideration of the future of everyday people. This has been a distinctive difference between Dafa cultivation and the individual cultivation throughout history. Tempering oneself in the face of adversities, while at the same time resisting the persecution, clarifying the truth, and saving sentient beings, has become the approach of Dafa disciples' Fa-rectification cultivation since July 20, 1999.

Dafa disciples had been cultivating their hearts and looking up to kindness in a peaceful environment before July 1999. Since July 1999, Dafa disciples have been tempered into gold by resisting the persecution and clarifying the truth. To record this period of history and share it with friends in all social circles, the editing team of the Minghui book series has carefully selected experience sharing and Fa principle discussion articles by Dafa disciples around the world (especially among those in mainland China) since Falun Dafa was first made public in 1992. July 20, 1999, is the dividing date. Those written prior to this date will be compiled into the Cultivation series, and those after this date will be compiled into the Tempering series. Each series is further divided into mainland and overseas compilations. All articles in the books will have been first published on Minghui. These articles are plain, sincere, and natural. They honestly document every bit of elevation in a life's cultivation, and the practice and validation of Dafa principles. 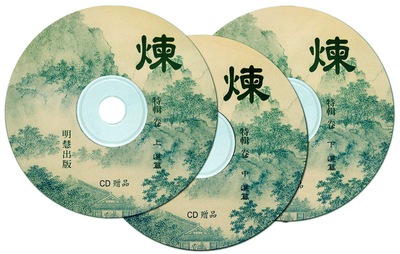 Our reader friends will see from these articles how Dafa disciples have walked into pure cultivation from their former days of drifting in life, how they have acquired clear wisdom from being lost, how they have reached tranquility through searching within from being puzzled by conflicts and seeking external solutions before, and how they have been fulfilling their wishes by resisting the persecution and clarifying the truth.

We urge all Fa-rectification period Dafa disciples to strive forward diligently! We hope that our reader friends will benefit from this series and acquire a beautiful and long-lasting future by assimilating to Truthfulness-Compassion-Forbearance.

To order and purchase the Cultivation and Tempering books:

Sales for the Eastern United States:

Sales for the Western United States: