(Clearwisdom.net) Mr. Huang Cheng, 31, who was born in Shapingba in Chongqing City, originally worked at the Electrical Utility Company in Shapingba. He went to Beijing to appeal for Falun Gong in June 2000 and was arrested at the Appeals Office after he put down on the form that he was a Falun Gong practitioner. 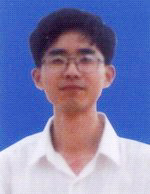 His company sent people to get him back from Beijing and put him in a brainwashing class. After forty days, since he still refused to write documents pledging to stop practicing, the company fired him and took back his housing assignment.

In late September 2000, he was called in by the District Office of Shapingba, the Neighborhood Office, the local police station, and his former employer for a talk. They claimed that they wanted to help him find a job. After he arrived there, they tried to make him write documents renouncing Falun Gong. Upon his refusal, they put him into the jail of the Chenjiawan Police Station, and transferred him one day later to the Shaqu Detention Center. He was held there for two weeks. When he came out of the detention center, they sent him directly to a brainwashing class for one week.

In December 2000, he went to Beijing to tell people the facts about Falun Gong and was arrested from his hotel room and jailed for a month. He was tortured four times in one month, including electric shocks and severe beatings. Afterwards he was sent to Shaqu Detention Center.

In 2001, he was sentenced to two years of forced labor, spending two years in Xishanping Labor Camp in Chongqing City. Life there was unbearable. The police and inmates often beat him, breaking several pairs of his glasses. Over twenty people shared a 100-square-feet room. It was difficult to turn from side to side without disturbing others while sleeping. Later he was transferred to Beipei Detention Center, and after that to Yongchuan Forced Labor Farm in Chongqing City. On October 16 he was sentenced to seven years of forced labor and was sent to the City Prison of Chongqing located at Shibanpo. Huang has undergone countless tortures. At a height of 5' 7", he weighed less than 100 lb. His legs felt numb all the time and he walked with a limp, but the police still forced him to do labor for their profit.

We urge all kind people in the world to help stop this persecution, so that practitioners such as Huang Chen can be released as soon as possible.

The persecution of other practitioners in Chongqing City

Mr. Yang Xinpei, 66, was born in Kai County in Chongqing Cigy. Because of his belief in Falun Gong, he was arrested in April 2001 by the county police, and then sent to a forced labor camp for two years.

Because he refused to give up his belief in "Truthfulness, Compassion, and Tolerance", he was tortured heavily. He was kept in the tight supervision team and tortured for 5 months. Everyday he was forced to remain standing at attention for 17 to 18 hours. He was not allowed to go to the restroom, speak, or sleep. His meal was half the size of that allowed for the drug offenders, who beat him often. He eventually suffered mental problems. He became so thin that he looked like a skeleton, and lost control of his bowel movements and urination. Quite a few times he was tortured to the brink of death and had to be sent to the hospital for emergency rescue. The forced labor camp did not want him to die there, so they summoned his family and let them bring him home.

The police who participated in the persecution include Liu Hua, Li Qiwei, Xiao Jianming, and Wang Cheng. The participating drug offenders included Diao Xiaowei and He Weidong.

Ms. Duan Zaiying, 54, was born in Banan District in Chongqing City. She began cultivating in Falun Gong in 1999, and within a short time she became completely healthy.

Ms. Duan went to Beijing to appeal for Falun Gong in December 1999, and was arrested, sent back, and jailed for one month. In August 2000 she was sent to a brainwashing class, where she was forced to pay 20 yuan a day for expenses. In January 2001 she was sentenced to three years in prison because she told the facts about Falun Gong to people. She was tortured severely when she was detained in Jiangbei Detention Center in Chongqing City. She was deprived of sleep and punished by having to sit straight in the same position from 6 am to midnight. They assigned multiple criminals to be at her sides at all times to monitor her. Police officer Wang Xingyun ordered the inmates to slander Dafa in front her and tell her all sorts of lies and threaten her. When her family members came to see her, the police urged her husband to divorce her. Even after she had served the whole term in spring of 2004, the police still went to her house to harass her. They ransacked her home several times. She was eventually forced to leave home and go from place to place.