(Clearwisdom.net) On May 13, 2003, Canadian Senator Consiglio Di Nino wrote to officials in the public security bureau of Heilongjiang Province and Harbin City to strongly urge them to release Mr. Wang Chengyuan. Senator Di Nino said in his letter: "I add my strongest voice to all the others and urge you to release Wang Chengyuan."

(1) Letter to the Minster of Public Security of Heilongjiang Province 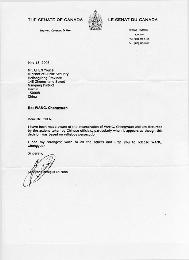 (2) Letter to the Chief of Harbin City Public Security Bureau 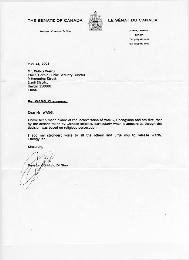 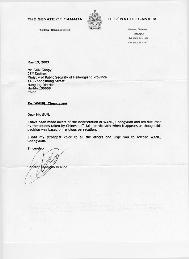