To celebrate May 13, World Falun Dafa Day and Master Li's birthday, German Falun Gong practitioners held a series of activities on May 9, 2009, at Romerberg Square in Frankfurt. They demonstrated the Falun Gong exercises, exposed the persecution of innocent people by the Chinese Communists Party, and performed dances and songs composed by Falun Gong practitioners. They also taught children how to fold paper lotus flowers and made calligraphy with the characters "The World Needs Truthfulness-Benevolence-Forbearance" for Westerners.

A large number of passersby and visitors learned about Falun Gong. Many of them wanted to learn Falun Gong. Some Chinese tourists quit the CCP and its affiliated organizations after learning the facts about the persecution. The practitioners also had a group photo taken to express their sincere gratitude to Master Li. 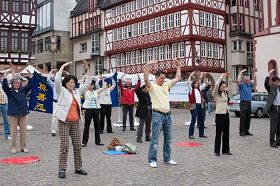 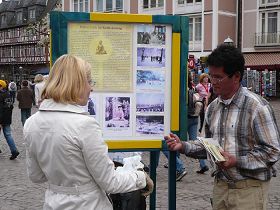 A practitioner talks about the spread of Falun Gong around the world. 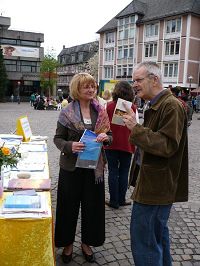 A German learning about Falun Gong in depth. 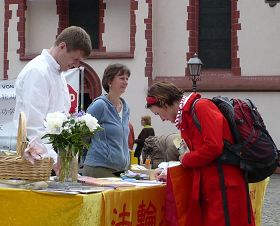 A German signs the petition supporting practitioners in China. 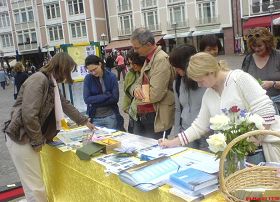 More and more Westerners come to learn the truth and support practitioners protesting the persecution. 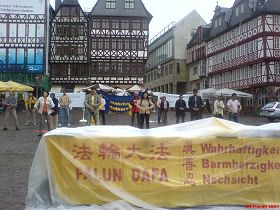 Practicing the exercises despite rain and wind. 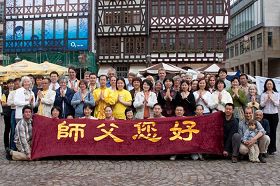