The Chinese New Year Splendor is continuing its run at Radio City Music Hall. As the curtain rises and lowers, the audience applauds and cheers for the performances. At the conclusion of the show on February 4, some audience members lingered in their seats and some in the lobby, not wanting to leave. They said they wanted to savor the moment. 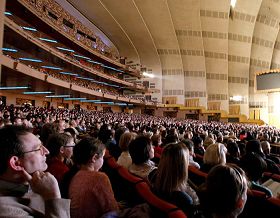 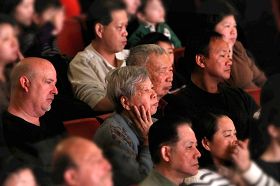 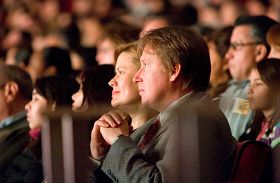 The audience watches the Splendor attentively 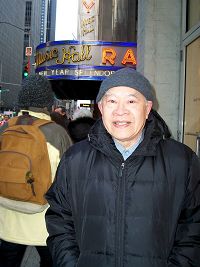 Kenneth, of Chinese heritage, has lived in the US for over 30 years. He said the show was great, with beautiful costumes and dances. He'd never before seen such a show. 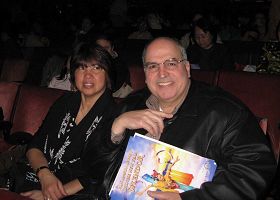 Martine Gold, a jeweler, and his wife both loved the show. He said, "The costumes, the music, and all the programs were beautiful. We liked it a lot." 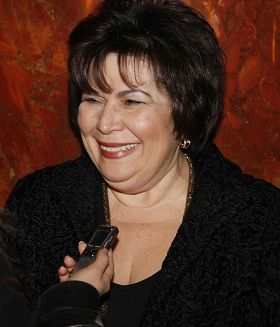 Ann Sideris, a businesswoman in New York, spoke of the show with joy. She smiled, "I liked the music, costumes, dances, and the content of the show...everything." 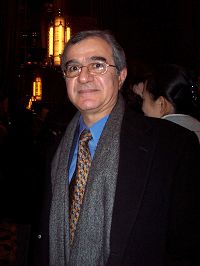 Ken Choie, an engineer in New York, said the dances were beautiful. He believes the idea of people awakening to the truth can change the current situation. 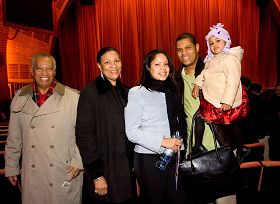 Nigel Wright, manager of a Home Depot store, brought his wife, Wendy Himnelsbach; their two daughters; and his parents to the show. They agreed that the show was brilliant and they plan suggest it to their relatives and friends.

Jiang Xuebin, an immigrant from Fujian, China, came to the show with her son. She said it was the first time in her seven years in the US that she had seen anything like it. In her praise for the show she said, "It contains the five thousand years of Chinese culture, singing, and graceful dances."

Seventy-seven-year-old Maryann Burnsite used to teach in a Jewish school. She and her daughter remained in their seats for a long time after the show ended. She said she wanted to savor the images of the show a little longer. 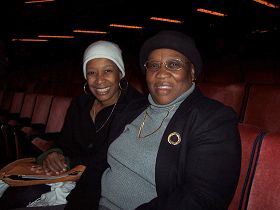 Maryann said, "It was magnificent and magical. Everything was excellent, including the costumes, background, and music." "I am very happy and honored to attend the show." "I was moved by every program. The show isn't only entertaining, it is also spiritual." She cried during "The Power of Awareness." She said the three words "Truthfulness, Compassion, Tolerance" got her attention and that the performance presented the beauty of people respecting each other and building a harmonious society.

Maryann's daughter, Pat Brown, teaches dance at a public school in Queens. She felt the same as her mother about the show. She said it demonstrated what is happening in China and its hope for the future in China in a very nice way.

Marsha Mcneill is a securities manager at JP Morgan Chase. Marsha came with her husband and a friend's family. After the show she said, "We loved it." "I have seen many ballets before, including those by the Chinese. I have never seen performances of Chinese culture. I enjoyed the show--it's very very nice. I learned many new things today about Chinese culture." 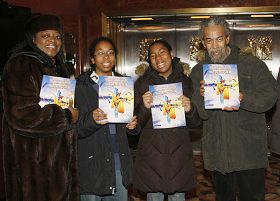 Marsha Mcneill (left) and her friends. Marsha said, "It is indeed a family show."

Marsha was especially impressed with the "Chopstick Zest" dance--her favorite performance. Through the hosts explanations, she leaned about the power of people uniting.