The NTDTV Global Chinese New Year Spectacular has toured in many cities around the world and touched many hearts. Upon experiencing the immense benevolence of the Spectacular, people's inner most feelings came forth and many were moved to tears. 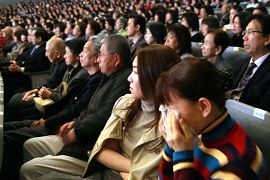 The Spectacular in Tokyo, Japan. When the music of "Creation" started, many in the audience burst into tears.

The tears of the audience manifested the true compassion in their hearts. Let's see some examples.

America: A 70-year-old man said, "All the programs were beautiful and righteous." He was in tears during the entire performance. When he learned that many artists and volunteers of the Spectacular were Falun Gong practitioners, he said, "They are truly unselfish. No one is working for fame or money. They are truly for the betterment of Chinese people." 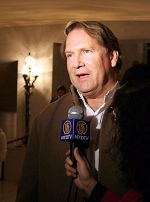 Professor Patrick Hunt teaches classic literature in Stanford University. He believed the performance was just like its name: Spectacular. He said the beautiful music moved him to tears and the dancers are of first grade in the world.

France: On February 24, 2007, two consecutive performances of the Chinese New Year Spectacular drew to a successful close at the Grand Amphitheatre of the Palais des Congres de Paris. Warm reaction from the audience reflected the show's powerful impact on Paris, the international capital famous for arts. The brilliant performance opened a new door to different meanings of an ancient culture. 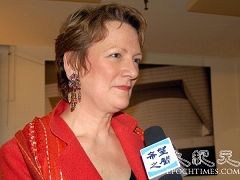 Alto Eva praised, "The Spectacular was a pageantry, which reached a very high artistic level. It seemed like a dream with brilliant colors. The Erhu performance, in particular, deeply touched my heart. I was almost moved to tears."

Germany: A lady burst into tears when accepting an interview, "This Spectacular is so wonderful. Although my understanding of it is only at the surface level, I think that people should study the deep inner meanings of it." 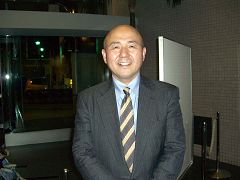 Mr. Satou said the show had awakened the memory in the deepest part of his life. He was crying the entire time.

Japan: Mr. Satou said, "I can't describe how touched I am. My tears flowed when I heard Soprano Jiang Min's song 'Why Refuse.' I can't describe my feeling in words. I seemed to regain the memory from the deepest part of my life. I seemed to be one of those who followed the Master Buddha to the world." He said he knew he understood the meaning of the song even though he didn't know the lyrics. He couldn't help crying.

Australia: Melissa said that she was very moved when listening to Guan Guimin's song. She said, "I didn't understand this song at the beginning until I read the lyrics. I believe in reincarnation and souls. I was so touched that I cried. I think that something deep in my heart was touched by the song. I realized the importance of returning to my true self."

Canada: After a gentleman saw the Spectacular, he told me happily, "I should use 'the most precious tears in my whole life' to describe my feelings." He enjoyed the elegant dancing, pretty costumes and gorgeous stage design. He said that many of his friends like Taichi, but they didn't understand the profoundness of Chinese culture. Through the Spectacular, he gained a deeper understanding of it.

Why did they cry? Mr. Satou gave the answer, "My tears flowed when I heard Soprano Jiang Min's song 'Why Refuse.'" "This song says: 'My friend, do you remember? We came as guests here, from above. Over so many lives, for whom was it we waited? And for what have we sought amidst this haze? Is the vow from before still inscribed in your heart? Then why refuse, when the facts are before you? The followers of the Way are not wrong. Higher lives are fulfilling their vows. What people have eagerly awaited now unfolds. The state of the divine is eternal compassion. Yet time will pass in a twinkling.' I seemed to regain the memory from the deepest part of my life. I seem to be one of those who followed the Master Buddha to the world."

Tears manifest the true feeling of those who are on their way back to their true selves.

“Munich, Germany: CCP Atrocities "Concern Each Person in the World"”