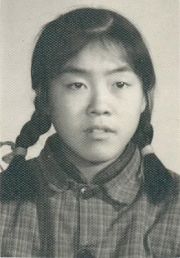 Ms. Su Baolan was a 37-year-old Falun Gong practitioner from Anqiu City, Shandong Province. In mid-October 2001, lawless officials from Shidui Town Police Department, Anqiu City 610 Office agents and Anqiu City Police Department personnel broke into her home and illegally arrested her. They took her to the Anqiu City brainwashing class, held by the 610 Office. Anqiu City 610 Office persecutors extorted 1,000 yuan from Ms. Su's family. Twelve days later, her body was found in a small river in Sanhe Village, 12 li [about 4 miles] from Anqiu City in Jinzhongzi Township. The villagers buried it as an unidentified body. Her family did not learn about it until much later.

More than four years have passed, and the cause of Su Baolan's death is still a mystery

Ms. Su Baolan was born in 1964 and lived in Shirenpo Village, Shidui Town, Anqiu City, Shandong Province with her husband's family. Her parents lived in Xingshan Village, Wangjiazhuangzi Town, Anqiu City, Shandong Province. Her mother Zhou Shufen, 64 years old, suffered from bone spurs in both feet. She felt as if she was walking on pins and needles with each step. She also had high blood pressure and cataracts. Her father Zhu Xiaoyou, 65 years old, had spinal disc protrusion, which caused so much pain that he could not sleep at night. They took lots of medications but the pain was not relieved.

In 1996, their son Su Qingtai borrowed an uncle's copy of Zhuan Falun after he saw that his parents were in great pain. All of their symptoms disappeared after the old couple started practicing Falun Gong, and they miraculously recovered. Their three daughters saw their parents' great changes and also started to practice Falun Gong. The family lived a happy life.

After the persecution began in July 1999, police and 610 Office agents from Anqiu City frequently threatened and arrested Su Baolan at her home and extorted money from her. Su Baolan's husband was brainwashed and persecuted. He changed from supporting his wife's practice to resenting it and viciously beat his wife.

A dozen days later, Su Baolan's body was found in a small river in Sanhe Village, which is 12 li [about 4 miles] from Anqiu City, in Jinzhongzi Township. The body was on the bottom of the riverbed, in shallow water. Someone dragged the body ashore and the local people immediately called the police. The police arrived and took photos and they left after examining the body. The body was left on the riverbank for three days. The villagers could no longer stand it, and they buried it as an unidentified body. It wasn't until later that her family got wind of the news. They went to Sanhe Village and dug up the body. Although her face, corner of the mouth and part of her nose were distorted, and there was a wound with stitches and thread on her head, the family still recognized Su Baolan from her clothing and facial features.

At the time of Su Baolan's family finding the body, her father and younger sister Su Baoyun were being held at a labor camp against the law. Her mother and sister Su Baoli were living in exile to avoid persecution. Her brother was attending university in Jinan City. None of her blood relatives knew about her death; only her in-laws faced this sudden blow. The Anqiu City 610 Office then tried to get this incident out of the way by offering Su Baolan's husband 20,000 yuan. He didn't want to take the money and wanted to seek justice, but the wicked Party would not let him. Even now, the cause of Ms. Su's death is still a mystery.

Su Baolan's death is a taboo subject for the local police, the 610 Office and Su Baolan's husband. They are also afraid of other people bringing it up. Su Baolan's sister was later arrested and held at a detention center. An official from Anqiu City, Li Shenghua, wanted to know whether she had probed into her sister's death.

Su Baolan's father, then in his 60s, savagely beaten and sentenced to three years of forced labor

After the persecution began in July 1999, Su Baolan's father Su Xiaoyou, who was in his 60s, was detained many times. Because he persisted in practicing Falun Gong, he was sentenced to three years of forced labor on November 17, 2000 and was held at the Changle Forced Labor Camp. The guards and inmates there tortured him, and he almost died.

On December 1, 2000 the labor camp officials sent all Falun Gong practitioners to Division 2, which included two groups. Su Xiaoyou was sent to Class 2, Group 2 of Division 2. Eight inmates jumped on him and stripped him naked. They held him to the ground with his face touching the concrete floor. Some inmates held his head, some held his arms and legs, and the rest took turns lashing him with a home-made whip. This whip is a triangular belt tied to a wood stick with metal wire, and a leather belt with a metal buckle on top. The inmates whipped him, from the knees up to the neck. A hole would appear wherever these belts touched the flesh, as the metal buckle would penetrate the flesh. The inmates demanded to know after every few lashes, "Are you still going to practice [Falun Gong]?" If he answered yes, they would whip him even more sadistically. When the flesh in one location was completely reduced to a pulp, the inmates would switch to another place on the body and start whipping again. They repeatedly whipped him systematically from the knees up including the thighs, the buttocks, the lower back, the shoulders and the neck. They broke one leather belt, and the triangular belt was covered in flesh and blood. Not a single piece of intact flesh could be found on Su Xiaoyou's entire back.

After three years of being out of the forced labor camp, Su Xiaoyou still has scars from the whipping clearly visible on his back.

On October 11, 1999, Su Xiaoyou and Su Baoli were again arrested. On the third day after their return home, six family members decided to travel to Beijing to appeal for justice for Falun Dafa. The group included the old couple, their three daughters and the five-year-old grandson. They were arrested at different times in Beijing, sent back to Anqiu City and held for 50 days. Officers from the Anqiu City Police Department extorted 2,400 yuan from Su Qingtai, Su Xiaoyou's son, who was then a university student in Jinan City.

When the couple went home, they found seals on their door and a changed lock. According to witnesses, the day after Su Xiaoyou's family went to Beijing, Su Zhaosheng, the former Party secretary of Xingshan Village arrived with about seven people. They pried open the lock and took a black-and-white TV, a muller, a small pushcart, a motorcycle, several hundred yuan cash, and a Certificate of Deposit due to be cashed in, worth 2,100 yuan.

In March 2000, Han Fuben and Li Jingbo arrested the elderly couple and held them at the Wangjiazhuangzi Town Police Department for 25 days. Repeated detention and home ransacking could not make Su Xiaoyou's family give up their belief in Truthfulness-Compassion-Forbearance.

In June 2000, Su Xiaoyou and Su Baoli went again to Beijing to appeal. Police arrested them at their arrival in Tianjin City and sent them back to the Anqiu City Detention Center. The police checked all buses at all major intersections, to prevent Falun Gong practitioners from entering Beijing. All passengers were ordered to curse Falun Gong and its founder. Those who refused to do so would be immediately arrested and held until the local officials came to claim them. At Anqiu City Detention Center, father and daughter held a hunger strike for five days in protest, and were then released. After they returned to Wangjiazhuangzi Town, Han Fuben held them for another 28 days.

In August 2000, Su Zhaosheng from Xingshan Village, Wangjiazhuangzi Town, Li Jingbo and Zhang from the town's police department told Zhou Shufen and Su Xiaoyou to report to the police department. The couple refused. Several minutes later, Zhou Wen and several roughnecks from Wangjiazhuangzi Town went to the old couple's home and burned three copies of Zhuan Falun in front of everyone. They handcuffed the old couple with their arms behind their backs and carried them into a police car, then detained the couple at Wangjiazhuangzi Town Police Department. Later, they arrested their daughter Su Baoli, took her to the same police department and held all three for 30 days. Then the police sent Su Xiaoyou to the Anqiu City 610 Office brainwashing class for one month. Because he refused brainwashing, he was sentenced to three years of forced labor and was held at the Changle Forced Labor Camp.

In the morning of March 15, 2005, Anqui police agents arrested Su Xiaoyou from home and held him at a detention center for one month. Upon his release, the Anqiu police extorted 3,400 yuan from his family.

Zhou Shufen and Su Baoli held a hunger strike at the town police department. They were held for 61 days and were released when they were on the brink of death. Su Baoli left home because the officials frequently harassed her. On October 28, 2002, about seven Anqiu police agents including Li Shenghua and Jia Zaijun arrested her again and held her at the Anqiu City Detention Center for over 60 days.

The police extorted more than 30,000 yuan from Su Baoli's family. Su Baoli's husband doesn't practice Falun Gong. He borrowed money from all kinds relatives and friends but still came up short. He sold some wheat, the only valuable the family had left, to get together more than 30,000 yuan, all of which the police took! In the spring of 2003, Su Baoli was arrested and detained twice.

In the morning of March 15, 2005, Anqiu police arrested Su Baoli from home, held her at a detention center and tortured her for one month. The Anqiu police extorted 10,000 yuan from her family. Then they sent her to the Wangcun Forced Labor Camp in Shandong Province.

The happy family headed by Su Xiaoyou and Zhou Shufen is now completely destitute and broken after several years of ransacking, arrests, fines, forced labor and other forms of persecution.