After Zhu Yubin's mother, Wang Fengwei, was persecuted to death, his father remarried. Yubin's stepmother often abused him, and he was not allowed to cry in front of his mother's picture. Zhu Yubin also lost his right arm in an accident. 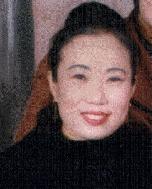 Mr. Zhu Yubin, eighteen years old, is from Anahuang Village, Chengguan Town, Shen County, Shandong Province. His mother Wang Fengwei was persecuted to death on November 30, 2002 in the local detention center because she practiced Falun Gong. She died at a young age of 40 years. (For details please see http://clearwisdom.net/emh/articles/2003/2/23/32472.html "In Remembrance of Dafa Practitioner Wang Fengwei")

Before Wang Fengwei practiced Falun Gong, she had many illnesses such as hepatitis and liver ascites. She was also ill-tempered and often quarreled with her husband and used the arguments as a reason for divorce. After Wang Fengwei practiced Falun Dafa and followed the principles of "Truthfulness-Compassion-Forbearance," she soon became free of her illnesses and harmony returned to her family.

After July 20, 1999, the Jiang Zemin regime started to suppress the good people who believed in "Truthfulness-Compassion-Forbearance." Zhu Yubin's father clearly knew that Falun Dafa was good and the entire family benefited from Falun Dafa. However, under the brutal persecution, he divorced Wang Fengwei on grounds of her practicing Falun Dafa. Zhu Yubin's father was given custody of their son, Zhu Yubin.

Later, Zhu Yubin's father remarried and had a son. This resulted in worse treatment for Yubin, and he even had to cook for himself. Zhu Yubin lost his right arm in an accident and the related work place granted him 50,000 yuan as compensation. However, Zhu Yubin was not given any of that money, and he does not know what happened to it.

Zhu Yubin sometimes does not even have food to eat and he often eats noodles sent by other people. Last year, there was a fire in his room, which destroyed just about everything, so he had to move to his grandmother's house. Under this circumstance, Zhu Yubin often holds onto the picture of his mother and cries. On one occasion, his father found him crying. Instead of comforting him, his father beat him and ripped away his mother's picture. Zhu Yubin has suffered tremendously.

At present, the disabled Zhu Yubin is trying to look for a job. Please do not send money or any parcels to Zhu Yubin because he cannot receive them.