Scientists Speculate on Cycles of Mass Extinction on Earth

(Clearwisdom.net) With surprising and mysterious regularity, life on Earth has flourished and vanished in cycles of mass extinction every 62 million years, say two UC Berkeley scientists who discovered the pattern after a painstaking computer study of fossil records going back for more than 500 million years. 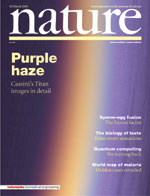 The paper was published in "Nature" on March 10, 2005. Their findings are certain to generate a renewed burst of speculation among scientists who study the history and evolution of life. Each period of abundant life and mass extinction has itself covered at least a few million years -- and the trend of biodiversity has been rising steadily ever since the last mass extinction, when dinosaurs and millions of other life forms went extinct about 65 million years ago.

The evidence of strange extinction cycles that first drew Rohde's attention emerged from an elaborate computer database he developed from the largest compendium of fossil data ever created. It was a 560-page list of marine organisms developed 14 years ago by the late J. John Sepkoski Jr., a famed paleobiologist at the University of Chicago who died at the age of 50 nearly five years ago.

He and Rohde have considered many possible causes for the 62- million-year cycles, they said.

Perhaps, they suggested, there's an unknown "Planet X" somewhere far out beyond the solar system that's disturbing the comets in the distant region called the Oort Cloud -- where they exist by the millions -- to the point that they shower the Earth and cause extinctions in regular cycles. Daniel Whitmire and John Matese of the University of Louisiana at Lafayette proposed that idea as a cause of major comet showers in 1985, but no one except UFO believers has ever discovered a sign of it.

Or perhaps there's some kind of "natural timetable" deep inside the Earth that triggers cycles of massive volcanism, Rohde has thought. There's even a bit of evidence: A huge slab of volcanic basalt known as the Deccan Traps in India has been dated to 65 million years ago -- just when the dinosaurs died, he noted. And the similar basaltic Siberian Traps were formed by volcanism about 250 million years ago, at the end of the Permian period, when the greatest of all mass extinctions drove more than 70 percent of all the world's marine life to death, Rohde said.

The two scientists proposed more unorthodox ideas in their report in Nature, but only to indicate the possibilities they considered.

Muller's favorite explanation, he said informally, is that the solar system passes through an exceptionally massive arm of our own spiral Milky Way galaxy every 62 million years, and that that increase in galactic gravity might set off a hugely destructive comet shower that would drive cycles of mass extinction on Earth.

Rohde, however, prefers periodic surges of volcanism on Earth as the least implausible explanation for the cycles, he said -- although it's only a tentative one, he conceded.

Muller and Rohde conceded that they have puzzled through every conceivable phenomenon in nature in search of an explanation: "We've had to think about solar system dynamics, about the causes of comet showers, about how the galaxy works, and how volcanoes work, but nothing explains what we've discovered," Muller said.