(Clearwisdom.net, December 29, 2005) Before Christmas, it was time for everyone to prepare for the holidays. Xiaotian Liu, a practitioner whose parents were tortured to death by the Chinese Communist Party (CCP) for persisting in their practice of Falun Gong, could not help thinking about those difficult days when his parents were unlawfully abducted and he hid for 18 months to avoid persecution. 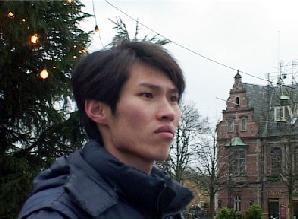 A few days ago, Xiaotian received a phone call and a stranger said, "You are very active in overseas media. We know that your uncle is your only relative in China. You need to restrain yourself." Then the stranger hung up.

Regarding the anonymous phone call, Xiaotian said, "I came to this free country and only talked about my true suffering. But I received this phone harassment and intimidation. Who is afraid of the facts of the persecution being exposed? Who doesn't want to have people know about the inhumane genocide occurring in China? Only that criminal CCP gang. Because I am in a country with freedom, they cannot stop me from telling the facts that I suffered in the persecution, so they try to intimidate me into silence by threatening my farmer uncle."

Xiaotian worries about his uncle deeply. He said, "My uncle lives in a country with a terrible human rights record. I know the CCP is despicable and they can commit all kinds of wrongdoings. I worry about my uncle's safety." Xiaotian calls on the international community to pay attention to this matter.

Xiaotian further pointed out, "Because I tell the truth, I received this intimidation. It is not a matter of my own safety. It is an issue of human rights, involving many aspects. Thus I call on everyone to pay attention to the issue."

Xiaotian's parents were unlawfully abducted and imprisoned for persisting in practicing Falun Gong. They were tortured to death in less than five months. Xiaotian was not even 16 years old. His warm home was suddenly gone!

To avoid persecution, Xiaotian went to his uncle's home several hundred miles away. However, under the police's threats, his uncle signed a statement to cease all relations with him, and would not offer him shelter. Xiaotian stayed in a deserted warehouse for 13 months in isolation, which severely harmed him.

To give Xiaotian a chance, his poor uncle borrowed a large amount of money that he could not pay back even in 10 years, and arranged to have Xiaotian flee China and be taken to Denmark.

Now Xiaotian has become a Falun Gong practitioner and his cultivation is helping him to overcome his sorrow and grief. He has become healthy both physically and mentally and feels optimistic about the future.

Xiaotian understands that he is the only orphan of practitioners to successfully flee China for a country with freedom. To rescue those children being persecuted in China, and have them not be homeless, not be discriminated against, not be driven out of school and not be separated from their families, Xiaotian has courageously recounted his past painful suffering. His only wish is to rescue those children who are still being persecuted in China.