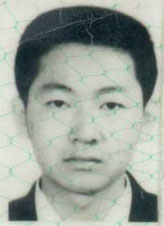 Fellow practitioner Yuan Jing, 29 year old, was a kindhearted person and a good assistance center volunteer in Gansu province. Sadly, in the same area where he once diligently clarified the truth to others and helped others learn Dafa, he was tortured to death by police. The news of his passing shocked thousands of benevolent hearts in Gansu, Qinghai, Ningxia, and Xinjiang Province. An old couple (both practitioners) were so sorrowful that they cried for an entire day. However, this brutal killing only served to inspire many others to hold more affirmative activities instead of withdrawing and becoming depressed. It is said that after Yuan Jiang's death, the need for truth-clarifying materials doubled in the above 4 provinces; most likely much to the surprise of the perpetrators who killed him.

Before his cultivation of Dafa, Yuan Jiang suffered from many diseases. He even had to suspend his schooling for a year because of his poor health condition. However, he had a deep predestined relationship with Dafa, and participated in 4 of Teacher's classes. Ever since he started to learn Dafa, he experienced great changes in his body and mind.

Yuan was very busy with his work. He often worked overtime and traveled out of town. Yet he persisted in his practice of the exercises and studied Dafa every day. In an experience sharing conference, he said that he studied the Fa for 5 to 6 hours every day, using his lunch breaks and time at night. Also, whenever he had time, he always participated in group study and group practice.

Between 1998 and 1999, the number of practitioners in Northwest China grew very rapidly. As a result, Dafa books and materials were in short supply. Yuan Jiang often used his own salary to buy books from other regions and then mailed them out to practitioners. The demand for videotapes of Teacher's lectures exceeded supply all the time, so Yuan bought several hundred tapes with his savings and sent them out to practitioners who needed them. Whenever a new practice site was formed, Yuan always used his own money to rent a room so those new practitioners could watch Teacher's 9-day lecture videotapes.

Right before July 20, 1999, the situation was getting worse, like dark clouds gathering before a storm. Within and outside of Gansu province, there were many cases in which the media was increasing its slandering and smears against Dafa. At the same time, many practice sites were harassed and many practitioners were beaten and abused, while Dafa banners and books were confiscated. In private, Yuan Jiang's unit manager "persuaded" him, and the police threatened him. Yet Yuan did not abide by their requests. Instead, he stepped forward and acted as the "representative" of the local practitioners and appealed many times to government offices. In July 1998, when some newspapers slandered Dafa, Yuan moved and inspired the people involved with his compassion and benevolence, so that these people had a better sense of their public morality. They admitted their mistakes in public and wrote letters apologizing to Dafa practitioners.

According to people who know the inside story, after Yuan Jiang was arrested, the police tried to extort his confession by torturing him. The perpetrators used all of their torturing instruments and tortured Yuan for two months straight. Having a firm belief in Dafa, Yuan tried to wake up the wicked people's consciences with his own blood and life. However, the wicked perpetrators grew even more savage in their methods of torture: they hung Yuan up in the air with his 4 limbs stretched apart and beat him up viciously. Finally, seeing that Yuan was on the verge of death, the persecutors set him down. Knowing that the wicked people could not be saved, Yuan took off his handcuffs and shackles with his strong righteous thoughts and escaped from this devil's den. Because of the beatings he had suffered, wounds covered his body. And because of the hunger strike he had undertaken, Yuan Jiang was extremely weak. In the cold mountain wilderness, he used all of his strength and climbed into a cave, where he remained unconscious for 4 days and 4 nights.

During this time, the wicked people mobilized a force of three thousand police staff and searched extensively for him. They checked and examined people at every major roadway, railroad and bus station. In addition, almost all the practitioners' homes in Lanzhou City were rummaged through. The massive manhunt was even extended to nearby cities and counties. Some practitioners' home doors were pried open, and a practitioner in his/her 60's jumped from the 4th floor while trying to escape and broke his/her back and legs. According to reliable sources, the perpetrators secretly kidnapped and detained all the people who had helped Yuan Jiang, including Yu Tingfang and her 4 daughters. Here we strongly call for the human rights department of the United Nations and all the kind-hearted people in the world to pay close attention to this case in an effort to rescue the kidnapped practitioners and innocent people, so that the lunatic police cannot kill these witnesses.

For thousands of years, the Chinese people believed in the principle "Good is rewarded with good, and evil is met with evil", and "One can not violate heavenly principles." Since the persecution started in July 1999 by Jiang Zemin and his associates, it has been verified that 10 Dafa practitioners in Gansu Province have died for protecting the truth of the cosmos: Yao Baorong, Li Faming, Yin Yongjiang, Liu Lanxiang, Song Yanzhao, Zhang Fengyun, Yuan Jiang, Liu Junming, and Huang Xinjin. Thousands of other innocent Falun Gong practitioners were illegally detained or sent to forced labor camps and tortured. They were heavily fined and their homes ransacked, and many were forced to leave their homes and wander about.

People who remain emotionless to this state terrorism are actually acquiescing in the brutal torture and killing. They will either become the next victims of the persecution or be buried with the evil when the retributions come.