Liu Yufeng, male, 64, Han nationality, party member, a villager from Xiaozetou Village of Songcun County, Wendeng, Shandong Province. He was sent to Wendeng Detention Center and brutally beaten for participation in a group practice at Dragon Hill in Wendeng on the morning of July 18, 2000. The bruises and wounds all over his body were unbearable to see. He died at 7:00 am on July 23. After Liu's death, his children were furious and decided to keep the body from cremation as evidence to file a lawsuit and claim justice. His relatives and friends could hardly accept the sudden death of the healthy and spirited old man. The public was angry that the police had violated the law and used brutal torture on an defenseless elderly man. According to a reliable resource, the government has realized its mistake and proposed to privately resolve the issue with 60,000 Yuan RMB [Chinese currency/by translator]. They detained his wife and put close surveillance on his family members in order to avoid leaking the news. His children hired an attorney to file a lawsuit. The police went to "talk" with the attorney, and subsequently the attorney dropped the case. The following photos were taken after the autopsy done by legal medical experts. 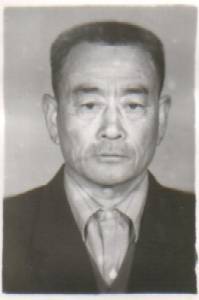