(Minghui.org) The Mid-Autumn Festival, a major festival celebrated in Chinese culture, is fast approaching. Local practitioners did the Falun Dafa exercises on the square in front of San Francisco’s Ferry Building on September 3, 2022. They wished Master Li, their founder, a happy Mid-Autumn Festival. 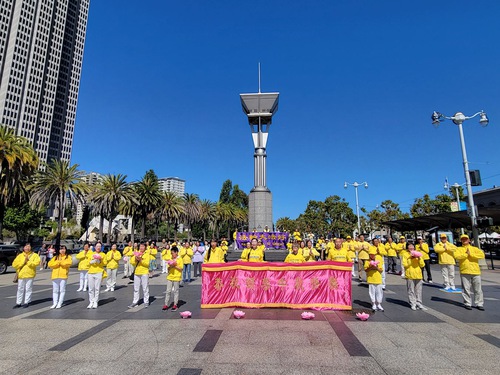 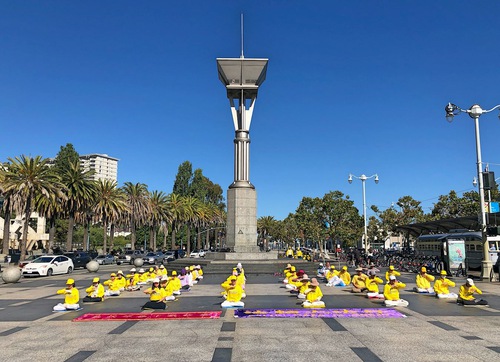 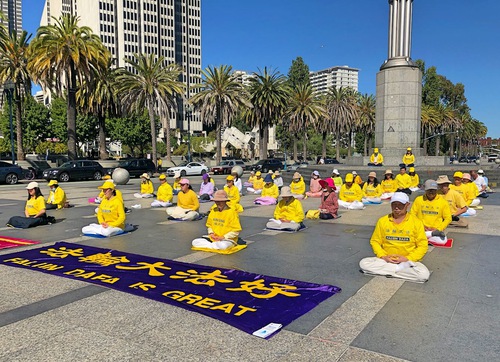 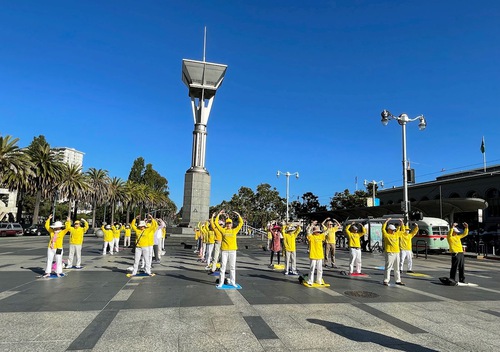 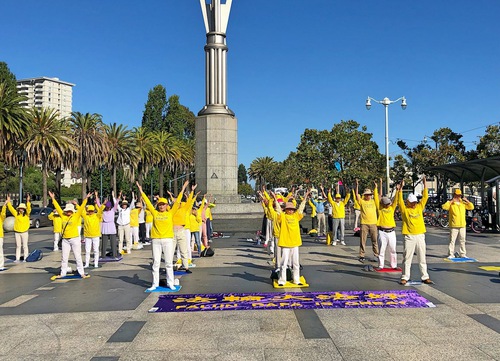 The weather was beautiful and many passersby stopped to watch practitioners demonstrate the Falun Dafa exercises. Some asked the practitioners who distributed fliers what Falun Dafa is. Some immediately expressed an interest in practicing after hearing about its beneficial health effects. Many people condemned the Chinese Communist Party’s (CCP) persecution of Falun Dafa and signed a petition to support the disintegration of the Party. 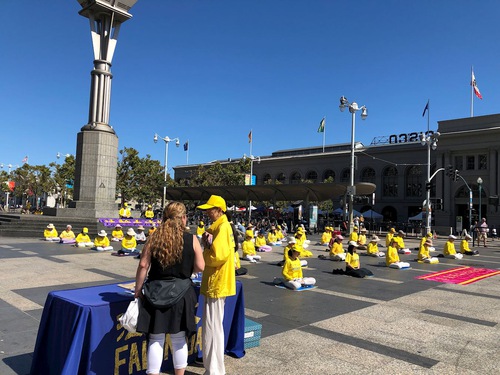 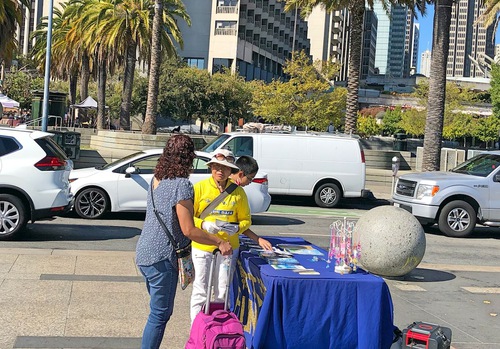 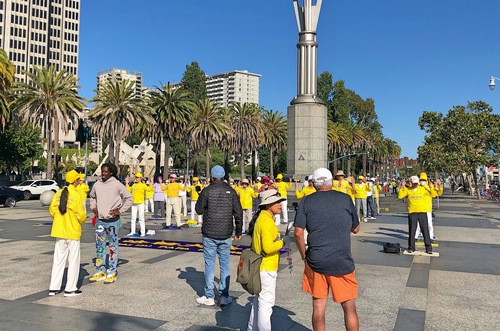 Mukam asked a practitioner what the event was about. The practitioner explained that they were practicing Falun Dafa, which originated in China and is practiced in more than 100 countries across the world. Mukam immediately said he wished to learn. So the practitioner taught him the five sets of exercises. He said that when he did them, he felt warmth and energy in his hands. “It’s amazing,” he said excitedly. 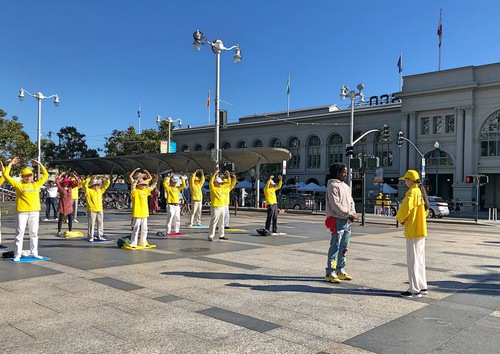 John, a photography enthusiast, took photos of the practitioners as they did the exercises. He told a practitioner, “What a peaceful scene and what beautiful music. Look at their faces, how serene and peaceful. This is so beautiful.” The practitioner explained what Falun Dafa is. He listened carefully and said, “I support you.” 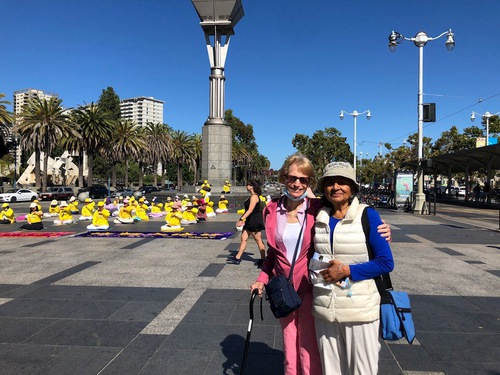 When Shila Ghosh passed by with her relative, she was drawn by the peaceful scene and stopped to learn more. After listening to a practitioner’s introduction, she said that she really wanted to learn Falun Dafa. She made an appointment with the practitioner to go to the group practice site in Golden Gate Park the following weekend to learn the exercises. When she got a little lotus flower from the practitioner, she said happily, “It’s so beautiful. I’m going to hang it in my room.” 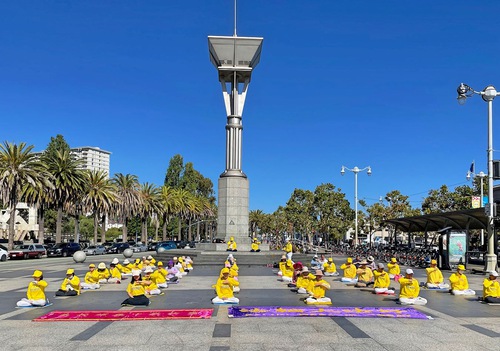 “Crimes Committed in the Persecution of Falun Gong By Lin Zhimin, Party Secretary and Director of Liaoning Department of Justice”